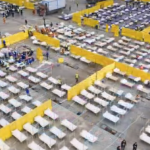 As the Coronavirus infection rate shows no sign of letup in China, and if we can trust the figures, there are now 31,440 infections and 639 deaths, with 64,000 close contacts under medical observation. It is two now weeks later, which was supposedly the incubation period, and it is now high time that SA stop flights from China!

The Department of Health claims it has received a report on the conditions in China, but informed sources indicate that the Chinese government, like all good communist governments, are not disclosing the full condition, and that the conditions are far worse than released. Likewise, being a communist regime, the ANC government is being far from transparent and forthcoming, however in this case, it is not so much to save face for “The Supreme Leader”, but more ineptitude, lack of knowledge and plain simple shortsightedness – all the usual things we have learnt to hate about the ANC regime… 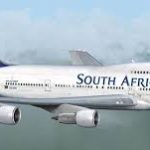 The competition to get SAA free will now begin, which the weakest state-controlled entity now has literally no value.

The government’s inability to live up to its promise and make another R2 billion available to SAA as the largest rescue buoy has now made the entity very shaky.

Salaries for January can still be paid, but after that it will struggle, and in the meantime Minister Tito Mboweni is trying to convince all the bankers in the country to borrow the R2 billion.

Approximately 12 flight routes were abolished, destroying thousands of people’s travel plans and those who were prepared had to be content to get on with Mango Shipping.

A week of complete chaos is over, but the outlook for this week is as bleak as it was last week.

According to press reports, it appears that many ANC members of parliament are in favor of liquidating the SAA to lighten the load on the state coffers.

Ever wondered who was paying for ministers and deputy ministers’ cleaning materials, internet services, DStv and cell phones?

Even former ministers and their deputies’ free flights can cost the taxpayer as much as R17 million a year, according to the updated version of the ministerial handbook, which was approved by Cabinet on 8 June.

The ANC initially tried to stop opposition parties from seeing the textbook, when someone put it on the internet this week.

According to the new handbook, the state will pay “equipment” such as “mobile rental”, fax machines, DStv and internet and WiFi services for ministers, their deputies, premiers and MECs.

Spending on DStv Premium alone can therefore cost a total of R129 000 per month. 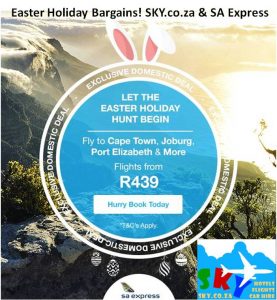 Going to a Concert or Event this Easter? SKY.co.za and SA Express brings you an Exclusive Easter Holiday Flights Offer on Domestic Flights:

What Airline is this with? SA Express

When can I return? Maximum stay: 6 months

CLICK HERE TO CHECK PRICES AND RESERVE YOUR SEATS

South African Express may have a striking resemblance to its strategic partners South African Airways and SA Airlink, it however has been operating completely independ
END_OF_DOCUMENT_TOKEN_TO_BE_REPLACED