State-owned entities are currently under considerable pressure and there is doubt as to how many of them have the ability to continue without the necessary financial assistance.

This is the opinion of Auditor-General Kimi Makwetu, who last week released a national and provincial auditor’s report for the period 2028-2019 in Cape Town.

He says there are weaknesses in the performance of many entities and the roughly 14 state-run institutions that are heavily subsidized by the state and the ANC government apparently did not contribute much to improving their results.

Denel, the SABC, SA Express shipping company, and the SA Forestry Company are some of the biggest offenders of wrongful expenses incurred.

With Transnet wasting nearly R50bn, the bulk of which has been used to buy trains that cannot be used in SA, a
END_OF_DOCUMENT_TOKEN_TO_BE_REPLACED 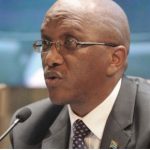 Auditor General (AG) Kimi Makwetu said not one of the 14 big state-owned entities (SOEs) audited by his office received a clean audit, a poorer outcome than last year.

Makwetu was revealing the results of the national and provincial audits for the past financial year at Parliament on Wednesday. He said the financial health of SOEs remained under significant pressure with doubts about whether they could continue operating without further financial help from the government.

Makwetu said the 14 SOEs notched up R1.4 billion in irregular expenditure but warned this figure could rise as four of them – Denel, the SABC, SA Express and the SA Forestry Company could not make full disclosure on this.

“The SA Post Office, for example, has slipped back to a qualified opinion and the Development Bank o
END_OF_DOCUMENT_TOKEN_TO_BE_REPLACED 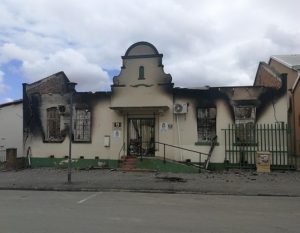 The Auditor-General, Kimi Makwetu, pointed out the big sore in the economy of the country.

In his latest report, he shows that politicians and officials simply ignore his office’s recommendations.

The other truth that emerges is that municipal councils do not have the necessary skills to handle finance.

Almost 33% of the councils spend more than they bring in which is a total debt of R5.8bn. Unauthorized R1.3 billion is water under the bridge that will never be recovered.

North West, Limpopo and the Free State have no municipality that received a clean audit. Then add the R9.12bn debt to Eskom and R5.85bn to the Water Council by councils then paint a pale picture of the state of the country’s municipalities.

Then, in the 2017-18 financial year, 18% of the Councils did not
END_OF_DOCUMENT_TOKEN_TO_BE_REPLACED