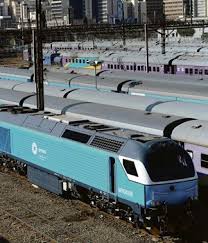 Thirteen locomotives ordered by Prasa from Spanish manufacturer Vossloh Espana will be auctioned to the highest bidder in early September without any of the locomotives being used by Prasa.

Already in 2015, the locomotives were found to be too large for South African rail specifications. More than R80 million has been channeled to Maria Gomes, an Angolan businesswoman, who has connections with Jacob Zuma and George Sabelo, the lawyer who has Zuma and his family as friends.

Strange that the new locomotives have traveled as much as 10,000 km, yet purchased as new.

Judge EJ Francis strongly condemned the agreement between Swiambo and Prasa’s top management as corrupt. The outstanding debt and possible recovery of funds seems to be slim.