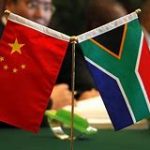 China’s ambassador to South Africa, Lin Songtian, has made it clear: if South Africa hopes to attract the further Chinese investment it needs to resuscitate its stagnant economy and it has to renovate its infrastructure, including revitalising the governance of state-owned enterprises.

China’s ambassador to South Africa, Lin Songtian, is a master of the back-handed compliment.

Reportedly connected to the highest echelons of his government, he manages to convey tough messages to Pretoria, wrapped in layers of praise.

At a seminar at the Chinese embassy in April, for instance, he said that he “always speaks highly of South Africa”.

“Because why? Because 20 years ago South Africa was much better than China. And 10 years ago when I passed through here on the way to Malawi (to become ambassador) you were then a little better than China, in terms of infrastructure, market mechanism; the judicial system and so on.” And then he added,
END_OF_DOCUMENT_TOKEN_TO_BE_REPLACED