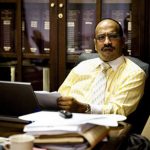 Judging the Judges. Desmond Nair, the Provincial Chief Magistrate, who sat on the Oscar Pistorius case, has been removed from the bench under the Magistrate’s Court Act for alleged corruption.

Chief Magistrate Desmond Nair was suspended from the role by Justice and Correctional Minister Ronald Lamola after a report before Parliament on Nair being found guilty of misconduct.

The magistrate had security equipment worth R200,000 installed at his residence in Pretoria, which also includes an electric fence and there were also alarm systems and other sophisticated equipment found, which were installed by an employee of Bossasa.

An ex Bossasa official turned whistleblower, Le Roux, in his testimony before the Zondo commission, confirmed that the equipment had been given to the magistrate, for which he had not paid.

END_OF_DOCUMENT_TOKEN_TO_BE_REPLACED

Pretoria’s main magistrate, Desmond Nair, has been silent for weeks after allegations were made that he benefited from the security upgrade of his home, thanks to Bosasa.

The Magistrate Commission, which met on February 22, decided to give the suspicious magistrate the opportunity to respond to the allegations that he had made improvements of about R200,000 in security equipment at his home with Bosasa’s “help .

A Bosasa official, Richard le Roux, testified before the Zondo Commission, but the chief magistrate has not yet spoken a word about the allegation.