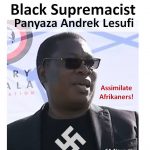 Lazy ANC cadres who live in a privileged BBBEE bubble, love pulling fake racecards, to repeat their racist lies about white in order to polarise and garner black voters, to sustain their lazy black privileged lifestyle, but the real facts of the matter are completely
END_OF_DOCUMENT_TOKEN_TO_BE_REPLACED 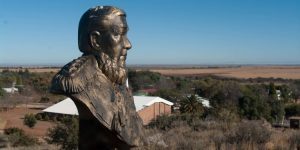 One of the most controversial parts of South African culture lies on the border between Free State and the Northern Cape. Orania, a whites-only town equidistant between Cape Town and Pretoria, has proved to be incredibly divisive, and it hasn’t escaped the attention of Zamani Saul.

The new Northern Cape Premier – who’s already won a few over with his “common sense” approach to politics – promised to review the status of Orania in an interview with national broadcaster eNCA, picking up from where his predecessor Sydney Mufamadi left off.

Whites-only settlements in South Africa
The previous incumbent of the premiership had set-up a task team to investigate just how “legal” racially-segregated societies are in South Africa. With proposals in place for another whites-only town taking shape in Garies, it now seems as if Zamani Saul’s hand is being forced.