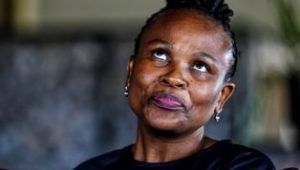 The South African Public Protector appointed by Jacob Zuma after the exit of Madonsela’s actions is so suspicious that political experts question her expertise in office.

This follows after the High Court in Pretoria declared that the Public Protector’s report on the Vrede Dairy Farm project is unconstitutional and invalid.

Opinion polls believe that the Public Protector’s report has been drafted to provide protection to the perpetrators, and the Zuma regime wants to be obedient instead of capturing a professional finding on paper.

More than R200 million of taxpayers’ money was used to fund the “black empowerment project”, which was eventually identified as another corruption project.

Some of the money was allegedly paid over to the controversial Guptas, and the dairy farm workers did not receive a single cent.