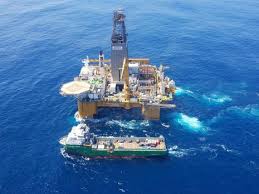 French oil company Total announced on Thursday morning that it had drilled a column of gas near the South African coast.

Total says the discovery is of great importance to the South African economy, and the possibility of low grade oil is not excluded.

The gas has been drilled about 175 kilometers from the south coast, which is considered a huge breakthrough.

However, the borehole had to be sunk 3,633 meters deep, but Total is satisfied that a good discovery has been made.

The drill was done by Total with its most modern equipment that made the discovery so much faster, and plans to continue its search for oil.