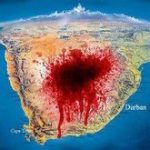 The South African Police Service (SAPS) has released its crime stats for the 2018/19 period, outlining which areas in the country have recorded the most crime in the past year.

The stats cover 21 crime categories – 17 of which are reported by the public, and four of which are as a result of police activity.

As part of the presented data, the SAPS also broke down the police stations which recorded the highest levels of crime, with Cape Town central coming in as the most crime-ridden region, with 13,747 reported crimes – although down 10.9% from last year.

It should be noted, however, that station statistics may encompass more areas than where the station is located. For example, a station in a remote area may represent the reported crimes of several neighbourhoods and small towns surrounding it, as it is the only station available to service those areas.

These are the 30 most crime-ridden areas in South Africa, based on crimes reported to their station across the 17 community-reported categories: