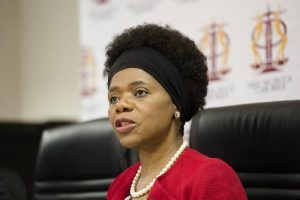 The former and current public protectors continue to butt heads, this time over the Gupta family’s controversial aeroplane landing.

Former public protector Thuli Madonsela has continued to weigh in on the work of her successor, Busisiwe Mkhwebane, this time calling into question her office’s decision to close the investigation into the Gupta family’s hugely controversial 2013 aeroplane landing at Waterkloof Air Force Base, according to a report in Business Day.

Madonsela told the publication that the Waterkloof investigation had been completed and that all that remained was for Mkhwebane to issue a report.

The reasons for this, according to Madonsela, are a “mystery”.