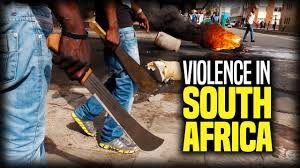 According to media reports, there have been 14 crime-related attacks since the beginning of this year just on Table Mountain alone. Over the last few years, there have been numerous incidents in which people were injured and even killed.

In the latest incident, a man from the Ukraine, Ivan Ivanov, was murdered last week while hiking at the popular East Fort above Chapman’s Peak.

The police must explain its inability to combat crime in general. Minister Kubayi-Ngubane confirmed that there is a crime-problem concerning tourists as she said that her Department is busy ‘finalising a strategy’ (EWN 5 Augustus 20
END_OF_DOCUMENT_TOKEN_TO_BE_REPLACED