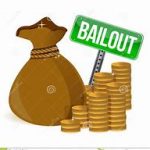 The state-owned bus company Northwest Transport Investments, which transports more than a million people a day, is seeking a bailout of R350 million.

The transportation of hundreds of thousands of commuters mainly in the North West and Gauteng provinces and more than 1,600 jobs are at risk due to the financial distress of parastatal Northwest Transport Investments (NTI).

The 46-year-old company – which owns Northwest Star, the Star Line, and the Atteridgeville Bus Service – has applied to the North West government (its sole shareholder) for a bailout of more than R350 million, NTI chairman, Mojalefa Nale, confirmed to Business Insider SA. The company has outstanding debts of about equal to that amount.

In August, a high court judge placed the company into provisional liquidation, after an application from Driveshaft Baleka, which is a Pretoria-based company that rebuilds and manufacturers propeller shafts. 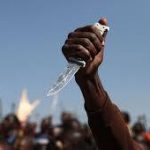 WARNING – GRAPHIC CONTENT! The globalist melting pot of multiculturalism is boiling over in South Africa after having simmered for decades as anti mass immigration sentiment reaches boiling point in SA townships…

South Africa, the flagship nation of the Liberal World Order’s globalism project, has finally proven that multiculturalism does not work and never will. To make matters worse, it seems as if Africa’s eternal civil war, which has been fueled by globalism for decades has finally arrived in the southernmost tip of the Dark Continent.

When it comes to national or tribal rivalry, Africa does not mess around – life has no value…

Black South Africans are shooting at foreign trucks on the roads. Foreign trucks are stoned, pulled over, set alight or bribed… 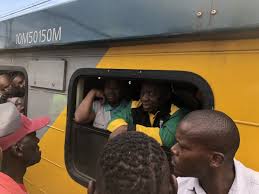 If Cyril Ramaphosa was looking for an authentic experience on a Metrorail train, he got more than he bargained for: Much to the delight of his political foes.

Ramaphosa got to experience first-hand the daily frustrations of those who use trains to commute to work, as the train he eventually got on board of was more than an hour late.

Squashed in a cabin with commuters, Ramaphosa said the delay was “unacceptable” after a 50km trip took four hours. So delayed was the attempt to canvas votes, that the president was late for a scheduled Top-6 ANC meeting.

Not only did the president of South Africa wait for at least two hours for the train from Mabopane to Pretoria, but he was on the train for almost two hours after it stopped. 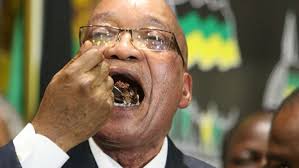 Taxpayers have forked out just under R1m for former president Jacob Zuma, his spouses and support staff’s transport and phone bills in the first nine months of his departure from office.

President Cyril Ramaphosa revealed in a response to a parliamentary question published on Thursday that the state paid R150,668.38 for Zuma’s flights between February 14, the day he left office, and November 30.

A further R837,444.41 was spent on flying expenses, as well as cellphone, accommodation and car rental expenses for Zuma, his spouses and two support staff members during the period.

Ramaphosa was responding to a written question by DA chief whip John Steenhuisen who wanted to know about the costs incurred by the state on Zuma’s trips and all related expenses for the former president.

Steenhuisen also wanted information about the purpose of each trip undertaken, to which Ramaphosa said: “Former president Zuma no longer hold
END_OF_DOCUMENT_TOKEN_TO_BE_REPLACED