Thieves have made off with two TV sets from national police commissioner Khehla Sitole’s Mpumalanga home, SAPS confirmed on Monday.

Spokesperson Brigadier Vishnu Naidoo said the items were stolen by criminals who were “purely opportunistic”.

The commissioner’s house is under construction and the work was near completion when the theft occurred last Saturday while the General was attending a summit in Cape Town, Naidoo said.

Nothing else was stolen from the house.

News24 understands that there was no sign of forced entry onto the premises.

END_OF_DOCUMENT_TOKEN_TO_BE_REPLACED 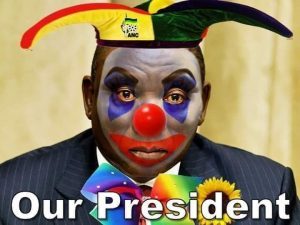 During a land-claims ceremony where two families’ land was given back to them, the president of the country again fell into typical African ignorance.

According to Ramaphosa, foreigners (whites), where received with open arms when they arrived in South Africa.

The Whites were provided with food, friendship and land but it was apparently not enough. Then, according to Ramaphosa, the Whites came to steal the blacks’ land.

Who was in the Cape in 1652 on Jan van Riebeeck’s arrival?

Who killed the Boers on the eastern border? Who attacked the boere trekkers at Bloed Rivier? Who are currently murdering the Afrikaner farmers on their farms? Observers consider lies as deceptions, whether the ANC president makes these falsehood overseas or anywhere, his credibility goes down by the day.

Meanwhile, FF Plus leader Pieter Groenewald says if land was stolen, those people must be prosecuted. 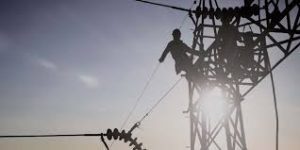 A Special Investigation Unit is currently investigation more than eleven contractors whom are suspected of robbing the power utility of billions of rand.

The contractors looted R130 billion from Eskom during the construction of the two new power stations, Medupi and Kusile as well as the Ingula power station.

From the so-called “inner circles” it is claimed that plundering at Eskom has been taken place since 2005, which partly explains why South Africa has ended up in a financial mess.

A spokesman said Eskom had been robbed of R170bn, of which R130bn was directly related to so-called contractors working at the different power plants.

Investigation is now being done to determine who has committed theft, and who worked within Eskom to benefit the thieves.