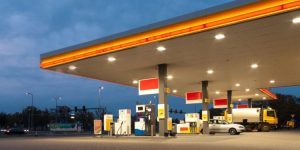 The spirit of Christmas seems to be returning to South Africa: Some six months after recording our last decrease in the petrol price, July looks like it will give road users in Mzansi the gift they’ve been waiting for.

How much cheaper with the petrol price be in July?
The Central Energy Fund have released their data for the per-litre price forecast of both petrol and diesel. Each fuel looks set to fall in cost, with a reduction of almost R1 p/l (well, 90 cents p/l, to be precise) on the cards for petrol.

Diesel is also on course for a similarly-cheery result next month, with just over 70c-per-litre predicted to come off the current price. Even another moderate rise would have likely broken a few unwanted records in SA, but the experts now believe that motorists will have to fork out less to fill up their vehicles in a few weeks’ time.

Why the petrol price is set to drop
The forecast has come relatively early in the month. Usuall
END_OF_DOCUMENT_TOKEN_TO_BE_REPLACED 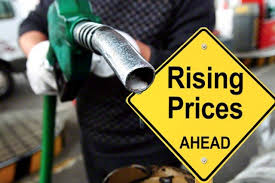 The Central Energy Fund (CEF) has released its latest report on fuel concerns and, unfortunately for South African motorists and general consumers alike, the news is grim. Earlier this month we reported that, due to a number of compounding factors, the cost of fuel would increase by an estimated 55 cents per litre in May.

Mid-month estimates leave a lot of room for ever-changing variables and, as such, are generally regarded as considered guesstimates, rather than official proclamations. In this case, however, the mid-month data released by the CEF correlates directly to the organisation’s latest report; a report which is almost guaranteed, sans governmental intervention, to reflect the costly reality of pump prices in May.