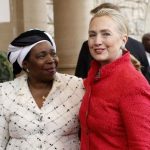 Is SA’s Hillary Clinton, Nkosazana Dlamini Zuma, Who Desperately Wants to be President Too, Using Her Command Council Lockdown Power to Save her ex-Husband & ex-President, SA’s Disgraced Bill Clinton, Jacob Zuma? The remarkable similarities between the Zumas and Clintons are more than deja-vu, they are the hallmark of gross abuse of State structures to satisfy a desperate greed and lust for power. Zuma’s ex-wife who is in charge of the ANC’s CCPvirus “Command Council” which is enforcing unconstitutional powers, could draw out lockdown forever, thereby postponing Zuma’s court case and the Zondo Commission. Emeritus Professor Pieter Labuschagne, a law expert at UNISA, warns that South Africa has entered dangerous territory after the ANC government claimed ultra Constitutional powers for itself, as its response to the Chinese CCP virus pandemic.

A side motive of this that is maybe the most obvious one, tha
END_OF_DOCUMENT_TOKEN_TO_BE_REPLACED 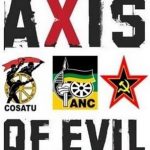 #PensionCapture – As certain as we were told by mainstream media that there were WMD’s in Iraq, Ramaphosa’s proposed pension plunder will also be propagandised into appearing as a good idea by the establishment, who will frogmarch South Africa into allowing them to steal from the many, to give to themselves and their cronies. There are also two silent partners pushing this scheme, namely the banksters, who stand to make serious commissions, and also rescue their bad loans to a bankrupt Eskom, and possibly extend this plunder to other bankrupt parastatals (who they also lent money for), once they have pried open the door to SA’s last pot of gold, and then of course there is the ANC’s ever present shoulder parrot, the South African Communist Party, who is never far.

One of the Establishment’s complicit yesmen, News24’s Editor, Adriaan Basson, wrote an article which appeared in Naspers’ left wing News24, in which h
END_OF_DOCUMENT_TOKEN_TO_BE_REPLACED 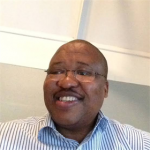 The small bankrupt municipality in the Free-State which is still under administration has still managed to pay a municipal manager R2,9 million a year for 2 years, making him the best paid government official in South Africa! However his position was defunct as a Bankruptcy Administrator had been appointed, it seems, only to plunder the public coffers even more, as this “Administrator”, Moses Moremi was the one who signed the 99 Year lease to give the Gupta’s a rent free farm for the Estina Dairy scam!

It has just been revealed that Mojalefa Matlole, who just resigned as municipal manager of the Mafube municipality, the bankrupt municipality which serves Frankfort, Villiers, Tweeling and Cornelia in the Free-State, was earning a massive salary package of R2, 9 Million per year, which made him the highest paid government official in South Africa and that includes premiers, national cabinet ministers and even the vice President. 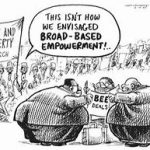 Zimbabwe had land expropriation as the spark that caused its economy to implode. South Africa has a slower, but equally insidious, government policy that is pushing it backwards in time: Black Economic Empowerment (BEE).

This warped system has enabled corrupt individuals to benefit personally from contracts as the country’s key services have steadily eroded. While BEE provided the mechanisms for state capture, the SA-specific term for wide-scale graft, it has also facilitated the spread of parasites that have, and continue to, suck the life-blood out of the country. This is the assessment of environmental expert Professor Anthony Turton, who warned some years back that Eskom was in critical condition – but no-one was listening. Now raw sewage flows in many streets and the electricity is turned off for hours on end, in what looks like a return of sorts to the dark ages, he points out. Turton’s article, republished here with kind permission of the Daily
END_OF_DOCUMENT_TOKEN_TO_BE_REPLACED 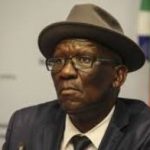 The man with the big hat, who draws heavily on the American cowboy forms, has now pulled out his pistols and is looking for the guilty liars.

The Minister of Police, Bheki Cele, rejected the accusations that he had benefited from distributing gifts during the state capture.

A so-called “secret witness” said the head of the police service is linked to the gift of a luxury vehicle, but Cele says the witness must show where the vehicle is.

Allegations that Cele was involved in “crime intelligence” but there is also no clarity about this, although it was alleged that he received R40,000 on occasion, but the information was vague and also unconvincingly communicated to the commission.

END_OF_DOCUMENT_TOKEN_TO_BE_REPLACED 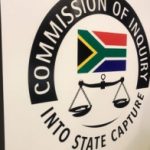 The Zondo Commission, which raises millions of rand from the state treasury, has now had to shift its focus to the Eastern Transvaal to hear evidence of corruption and state capture in state-owned entities.

Corruption in many municipalities in the province, as well as mismanagement and maladministration, seems to have been addressed.

According to a report by the Auditor-General, about R2 billion of expenditure was incurred unlawfully among the municipalities, and more than R236 million was a mere waste of funds.

Of all the illegal expenses, one particular case was pointed out in excess of R5 million paid for repairing a road that does not exist at all.

END_OF_DOCUMENT_TOKEN_TO_BE_REPLACED 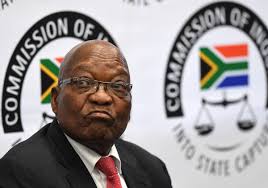 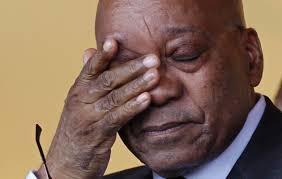 Former president Jacob Zuma may have dug his own grave with his antics at the State Capture Inquiry. His own brotherhood of ANC cadres has turned against him after he made startling allegations about some of them.

In what turned out to be one of the most dramatic weeks of deputy chief justice Raymond Zondo’s commission of inquiry into state capture, Jacob Zuma kept the ratings of news networks peaking with the shocking accusations he levelled against his comrades.

Jacob Zuma stirs disruption within ANC factions
Zuma went from alleging that he has outsmarted three intelligence agencies — two of whom are supposedly of foreign origin — tasked with assassinating him, and his character, for 29 years; to hinting that he may have knowledge on the ANC mole who sold SACP leader, Chris Hani, out to the apartheid government.

All of this he achieved in five days. However, his utterances about ANC veterans such as former SANDF General, Siphiwe Ny
END_OF_DOCUMENT_TOKEN_TO_BE_REPLACED 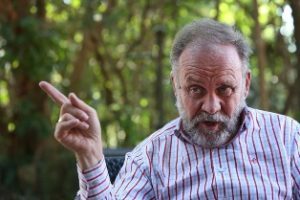 Shortly before Jacob Zuma appeared before the Zondo commission, the leftish communist Carl Niehaus stated that he did not believe that Zuma was responsible for the state capture.

He reckons the media is prematurely condemning Zuma. This despite accusing Themba Maseko, former cabinet spokesperson, as well as Mcebenzi Jonas, former Deputy Finance Minister and Vytjie Mentoor, former ANC president Jacob Zuma and pointed out as a central role player in the state-building process.

Niehaus and members of uMkhoto weZizwe (MK) supported and believed Zuma for his lifelong struggle in the country. However, there were not many of the thousands of Zuma supporters who would arrive at the trial, and the expectation that more than 5,000 people would be present was a mistake

-Read the original article in Afrikaans on Vryburger / 2019-07-16
This report does not necessarily reflects the opinion of SA-news.

END_OF_DOCUMENT_TOKEN_TO_BE_REPLACED

The department of correctional services has allegedly spent nearly R2bn on a programme to fit prisoners who are out on parole with electronic monitoring devices, but these devices remain unused because they can apparently only be fixed in Israel.

In one of the department’s most ambitious projects yet, it had hoped to electronically tag 10,000 prisoners who had been released on parole to keep them from committing more crimes, writes Jacques Pauw in the latest edition of online Afrikaans weekly Vrye Weekblad.

For several years, correctional services reported that the programme was a great success and that it heralded a new era in the management of paroled prisoners. Several times it asked parliament for more funds for the programme.

At the state capture commission, the department has been unmasked as a cash cow for the services company Bosasa, which won fraudulent contracts worth billions of rand by bribing top officials and politicians.

END_OF_DOCUMENT_TOKEN_TO_BE_REPLACED 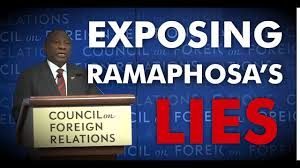 The ANC’s president, Cyril Ramaphosa and the ANC’s so-called new and clean administration promises are as expected, just empty promises.

Ministers from the Zuma honorary and those who have not yet been appointed are nominated as chairmen of parliamentary oversight committees.

Even those currently implicated in the state capture are still considered fit for senior positions in the rainbow nation’s parliament.

Faith Muthambi, Mosebenzi Zwane, Supra Mahumapelo and Tina Joemat-Petterson will all take chair positions and this is due to interference by Ace Magashule’s side.

According to Pemmy Majodina, experience and capacity apply as criteria. Experience in state caption and stealing capacity is the question on many voters’ lips.

It appears that Ramaphosa doesn’t have the will or the support of senior party members to get rid of Magashule.