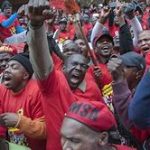 The National Union for Metal Workers (Numsa), has negotiated less than 50% of its salary after months of talks to negotiate a 20% salary increase for its members.

The union, which is the largest in South Africa, and which does little more for its members than negotiate new salaries on a regular basis, failed miserably in last month’s negotiations, but nevertheless received far more than what experts described as fair .

With the first year, members will receive a 9% increase, and a 7% for the next two years, which is significantly less than the 20% suggested to members.

However, financial experts point out that the unions can all be shaved under the same comb and can be seen as institutions that promote the economic decline in the country.

The unions provide unreasonable salary increases, greater fringe benefits, but do nothing to promote better productivity and fewer strikes.

END_OF_DOCUMENT_TOKEN_TO_BE_REPLACED 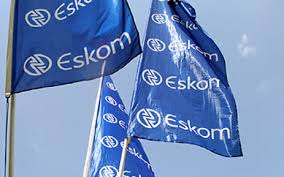 Eskom’s senior managers – who earn R1.5m to R3m a year – are taking the power utility to the Commission for Conciliation, Mediation and Arbitration (CCMA) because they have not been given a salary increase in the past year.

Rapport newspaper said on Sunday that between 180 and 200 senior managers wanted a retroactive increase of 4,7% – the same as that granted to middle managers.

Deon Reyneke, deputy director of trade union Solidarity, said should senior management’s demand be implemented, it would cost the power utility an additional R200m to R300m per year.

Eskom just posted a whopping R20.7bn loss in the year to end March and is being kept afloat, in the short term, by massive government bailouts.

The latest bailout – R59bn – announced by finance minister Tito Mboweni in July, would buy the power utility another 12 to 18 months to formulate a recovery plan, Business Times reported on Sunday. This is on top of
END_OF_DOCUMENT_TOKEN_TO_BE_REPLACED 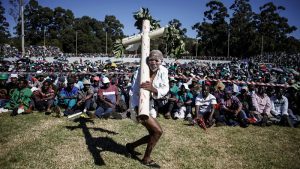 The Association of Mineworkers and Construction Union (Amcu) has signed a wage agreement with Rustenburg-based Siyanda Bakgatla Platinum Mine, which will see miners paid a basic wage of R14 309 a month in the third year of a three-year agreement.

This is substantially less than the R17 000 a month Amcu is demanding from major employers Anglo American Platinum, Impala Platinum and Sibanye-Stillwater.

The agreement could lay the foundation for a looming showdown in the platinum sector ahead of the wage negotiations with other companies and unions in the industry.

Amcu’s rival union, the National Union of Mineworkers (NUM), has rejected the agreement with Siyanda, saying its members demand an increase of 6%.

NUM deputy general secretary and chief negotiator William Mabapa admits that it could face problems when it meets Siyanda later this month to renegotiate the deal, because it is the minority union at the company. 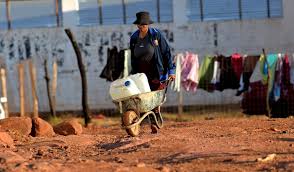 More than 9 000 councillors in the country are set to receive a salary increase. This has emerged in a notice published in the Government Gazette last month in which Co-operative Governance and Traditional Affairs Minister Zweli Mkhize determined the upper limits of the salaries, allowances and benefits of all categories of councillors.

Mkhize said he made the determination after consultation with MECs responsible for local government in each province.

The notice states that councils should obtain permission from the MEC for local government prior to implementation of the provisions of the notice.

This will be after a council took a resolution, supported by a majority of councillors, for the municipality to pay councillors within different grades of remuneration. 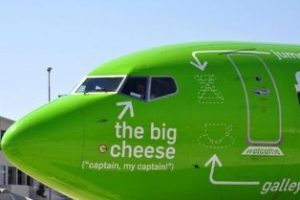 British Airways and Comair met on Thursday with the Commission of Arbitration to prevent a possible strike by Numsa members.

Members of Numsa demands a 13th check, travel allowance and a 12% salary increase. Comair ensures that in the event of a strike, interruptions will be minimized.

Meanwhile, Comair denied accusations of racism by Numsa, which indicates that the trade union’s actions could be another company.

At present, SAL is in the mood that he had to enter into agreements with a foreign airways company because his finances do not allow him to do anything himself.