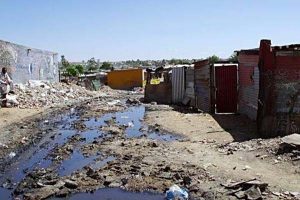 Mzansi has hit rock bottom and the ANC GOVERNMENT is the cause of this all.

Nearly every minister in the ANC Government has been involved in corruption , bribery and mismanagement of taxpayers funds. Unemployment is the highest it’s ever been in the history of our country, our education dept has run out of funds and crime is out of control.