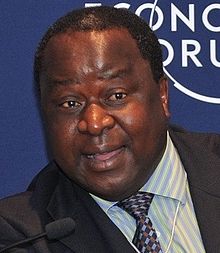 The Treasury has released dreadful news in a report indicating the breakdown of chief directors at the department.

Figures by Tito Mboweni indicate that of the 55 chief directors there are only seven white men and ten white women.

The other posts are filled by 25 black men and women, six coloured’s and seven Indians.

This means that only 30.9% of jobs are filled by whites while only one white holds a director-general’s post.

The report is considered by experts to be one of the main reasons why the country’s economic situation will deteriorate further in 2019.

With Ramaphosa’s inability to make Eskom and other state-owned industries profitable, the year is set to deliver dark times.

Photo – Minister Tito Mboweni
Read the original article in Afrikaans on Die Vryburger
This report does not necessarily reflects the opinion of SA-news.