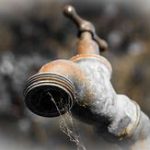 Residents in the Northern Cape municipality of Sol Plaatjies including Kimberley are still without running water.

After four days of empty taps, while promises of a new water pump have not yet delivered, people are distraught over the incompetence of the local authority.

Thousands of people in Kimberley had to make plans themselves to obtain water, and a few farmers in the vicinity rushed water to the white neighborhoods to relieve the need.

Municipal officials have asked residents to get ready for 48 hours without tap water, but it was extremely inconvenient to people when there was still no water in the taps after four days.

Strong criticism has been expressed against the incompetence and reckless manner in which ANC officials deal with the interests of the city.

Schools had to close, and hospitals were struggling to provide water to meet the critical needs of patients.