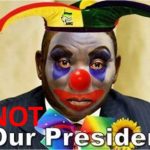 These people just don’t care about all the different crisis situations we face. That
END_OF_DOCUMENT_TOKEN_TO_BE_REPLACED 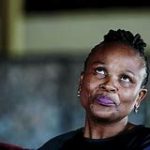 At this stage it looks like both private pension funds and the Government Employee’s Pension Fund (GEPF) will all be affected. T
END_OF_DOCUMENT_TOKEN_TO_BE_REPLACED 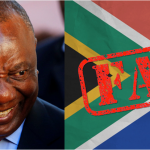 END_OF_DOCUMENT_TOKEN_TO_BE_REPLACED

Neither communism nor multiculturalism has ever worked, yet South Africa is implementing both at the same time to disastrous effect! Now Ramaphosa has vowed to rebuild crashing confidence in South Africa’s economy, and desperate South Africans, who want concrete things that can make a difference in the economy, have no choice but to hope he does. He promised real actions that “move the needle,”  however in Africa accountability is not required.

After a decade of low growth and deepening poverty, South Africans are looking for signs of progress, according to President Cyril Ramaphosa. He pledged “concrete things” to rebuild confidence in the economy.

This year, the economy will record growth lower than expected, Ramaphosa said. The GDP growth forecast for 2019 has been revised by the National Treasury to 1.5 percent, from an estim
END_OF_DOCUMENT_TOKEN_TO_BE_REPLACED 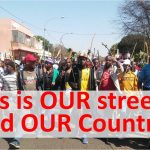 South Africa is literally on the brink. We have seen a lot of things we cannot publish, yet the world is still ignoring black South Africans, who are of the same tribe (bantu) as the Hutus who committed the Rwandan genocide, who ruled Rwanda at the time in a majority government, just like the bantu do in SA now…

END_OF_DOCUMENT_TOKEN_TO_BE_REPLACED 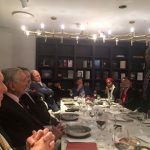 As all nations around the globe who ha
END_OF_DOCUMENT_TOKEN_TO_BE_REPLACED 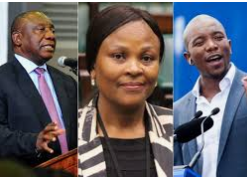 Public Protector Busisiwe Mkhebane found in her inquiry report that the payment of R500,000 to Ramaphose by Bosasa, was wrongful and that the president is guilty of violating the code of ethics for executive members . Ramaphosa argued the money was deposited into a trust account for services rendered by his son, Andile.

END_OF_DOCUMENT_TOKEN_TO_BE_REPLACED 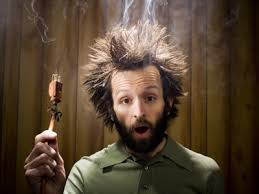 Dig deep, Mzansi. Eskom wants your tax money again. Rumors of a fresh bailout have been sparked after a Treasury official said it’s a case of “when, not if”.

Power giants Eskom have suffered a double-blow this weekend after it emerged that they would need bailouts on top of bailouts to really get itself up and running again. However, their woes have intensified even further, after a local environmental group sued the government over their levels of pollution.

Let’s unpack this one bit at a time. As Bloomberg report, National Treasury Director General Dondo Mogajane said that the government is likely to commit billions more to the flailing utility, stating that they “don’t have a choice” in the matter.

Another bailout imminent for Eskom
Mogajane’s admission comes just months after Eskom secured R69 million from the government for the next three years. However, this came with a caveat – Presiden
END_OF_DOCUMENT_TOKEN_TO_BE_REPLACED 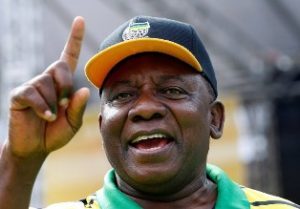 Rumors are investigated about the allegations that someone, or possibly an organization, is planning to assassinate the ANC president.

It is no secret that there are numerous people in ANC who blame Ramaphosa for having played a key role in disposing of Jacob Zuma as head of state.

It is also known that thousands of Zuma supporters are still not keen to serve under Ramaphosa’s rule.

Then there are a number of ministers who are out of the Zuma dispensation, who have lost their jobs, and are likely to feel badly grieved.

There are also quite a few ANC candidates on the list to become MPs, who apparently will not endure the test of the so-called ANC integrity committee.

Without accusing, observers also referred to the grievances that exist among the members of the Malema group.

But whoever is so stupid to kill Ramaphosa, no one will know, because all the disgruntled folks would rather try to get rid of whites, say politic
END_OF_DOCUMENT_TOKEN_TO_BE_REPLACED

As South Africa teeters on the brink, it re-elects hopeless ANC again! Do we now finally admit that post-apartheid South Africa has totally failed at its role as Africa’s shining light of a liberal multicultural democracy? While it is not the European white man’s job to tell Africans how to manage their rich and spectacular land or who to vote for, it is our duty to be honest with them if we think they have lost their way.

The ANC has yet again won a majority in South Africa’s general election despite its disastrous record, killing hope that the country will turn in the right direction. And it is time the West stopped apologising for them and pretending this is just a glitch.

What’s wrong with this struggling violent country that went to the polls on Wednesday, to vote for a new National Assembly, goes well beyond the many hard but ignored f
END_OF_DOCUMENT_TOKEN_TO_BE_REPLACED

The new trains launched by Ramaphosa must now be guarded on their routes by the SA Defense Force, according to Untu foreman Sonja Carstens.

She called for Ramaphosa to declare the condition at Prasa an “emergency” as criminals and protesters threaten the safety of trains and passengers.

The launch of the one new train is seen as an ANC election gimmick, and its own supporters believe it is just like the fuss made by the Nissan plant being expanded.