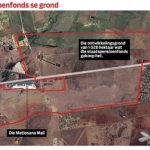 The Pension Fund for municipal councillors (MCPF), whose members are politicians only, was so mismanaged and bankrupt that it was placed under curatorship a while back. The curators discovered that a property developer of Klerksdorp called [email protected] owed the MCPF over R130 million. Isago agreed in a court case to pay the MCPF that money back . O
END_OF_DOCUMENT_TOKEN_TO_BE_REPLACED 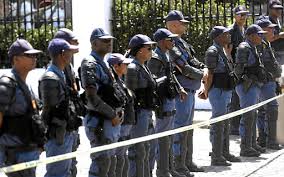 Disgruntled members of the South African Police Service have formed a new workers union. They’re threatening to down tools on Monday.

The group is unhappy about recent promotions and claims that many experienced officers are being overlooked for promotion.

These are just some of the issues raised by members of the South African Police service at a mass meeting.

Despite Bheke Cele’s assurance that there will be no protest action more than 400 SAPS engaged in protest actions in the Western Cape and Natal province.

Some officers offered letters of alleged illness for their absence in order not to be prosecuted for their participation in an illegal strike.

Cele threatened protesting members that they will be act upon, since the strike is illegal and they must return to their respective posts.

The largest number of strikers resigned from the Popcru trade union and established a new union, but it appears that novelty w
END_OF_DOCUMENT_TOKEN_TO_BE_REPLACED