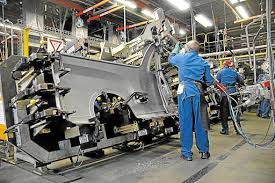 Experts have warned that unreasonable demands by unions could lead to the withdrawal of manufacturers from South Africa, and could move to countries where s
END_OF_DOCUMENT_TOKEN_TO_BE_REPLACED 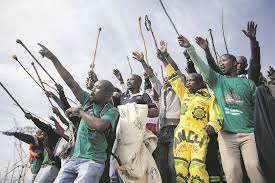 The Amcu trade union demands a R17,000 a month compensation for platinum mine workers, and negotiations will be difficult to deal with regarding the rage that the claims has caused amongst mining houses.

The Stilwater mine currently pays miners R12,500 a month and and this has already affected the mine’s profitability, negatively .

The claimants say they expect R17,000 because of inflation and they will not settle for less.

The remuneration of those who receive the least wage is R11,500 per month, and the claim is that it is only a drop in the ocean of what the Chief Executive Officer earns per hour.

The union also demands fringe benefits such as housing subsidy, medical benefits, transport and in total it should amount to R30,000 per worker per month.

Experts say that if this demands are met, this will be the end of the mining era in South Africa, for the reason that mining houses is on the verge of closure, and the only pro
END_OF_DOCUMENT_TOKEN_TO_BE_REPLACED 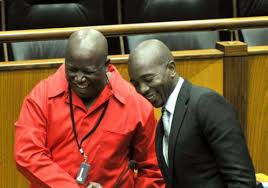 EFF leader Julius Malema said on Thursday that his party was in negotiations with the DA to formally partner in governing Tshwane and Johannesburg.

Addressing a media conference at the party’s head office in Johannesburg, Malema said his party wanted to take over the Tshwane mayorship.

He said the party would also join government in the city of Johannesburg as members of the mayoral committee (MMCs).

From the EFF’s own performance in the recent elections, to Cyril Ramaphosa’s ANC conundrum and the rise of the FF+ – these are the highlights from the EFF’s media conference on May 16 2019.

He said the EFF would not be calling for a motion of no confidence in current mayor Stevens Mokgalapa of the DA, but would like to take over in a manner t
END_OF_DOCUMENT_TOKEN_TO_BE_REPLACED