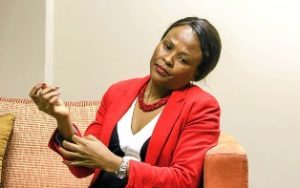 Public Protector’s arguments in her report are now being strongly condemned by Minister Gordhan’s supporters, but the ANC’s President Ramaphosa is silent on the matter.

Informed observers say Busisiwe Mkhwebane acted incorrectly in her role as a Public Protector by focusing only on ANC’s Pravin Gordhan.

It appears that her report is not without errors and is now being disputed.

Instead of focusing on the facts of her report, she complains about the difficult circumstances under which she is working.

She referred in the report to the death threats she received, and a “mysterious” car accident in which she was involved and also referred to an incident where one of her staff was poisoned to receive hospital treatment.

About the relevant facts, little has emerged except to recommend that the president dismiss the minister.

-Read the original article in Afrikaans on Vryburger
This report
END_OF_DOCUMENT_TOKEN_TO_BE_REPLACED 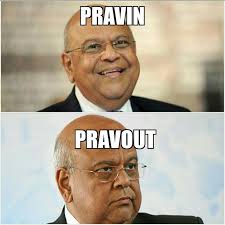 The Public Protector, Busisiwe Mkhwebane, said she was only trying clear Minister Pravin Gordhan’s name to end a dispute.

Mkhwebane alleges that the minister interferes with her investigation after Gordhan putted his legal representative on her.

The investigation is being conducted following the so-called privatization of the SA Reserve Bank which the minister has been accused of.

Earlier, the Public Protecter extended the time to Gordhan to respond to allegations that he was involved in the matter, claiming that she had the opportunity to clear the minister’s name.

She told the media that the minister should rather be pleased that the matter was being brought to a conclusion, but then he started interfering in the investigation of a complaint that was being put to the EFF.

END_OF_DOCUMENT_TOKEN_TO_BE_REPLACED 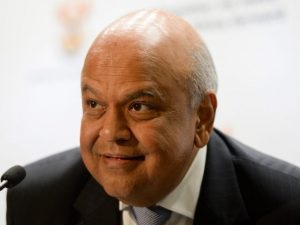 Eskom chairperson Jabu Mabuza and public enterprises minister Pravin Gordhan has admitted that Eskom and the government cannot say when exactly load-shedding will end, but have called on South Africans to be patient with them.

The country gets regular updates, excuses as to what is to blame, yesterday it was the Cyclone that hit Mozambique and today it is lack of 37 years of maintenance. Corruption, theft and mismanagement of funds are always the roots of all our problems.

The national power utility has been implemented for the last five days, and Gordhan says the public will be provided with an update on the situation in the next 10-14 days. 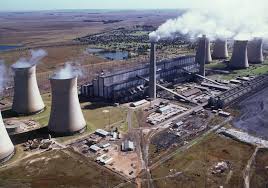 Minister Pravin Gordhan’s nine-point plan to get the bankrupt Eskom back on track are welcomed by industrialists and businessmen who are currently deeply concerned about the extremely poor functioning of this state entity.

An expert dealing with the dilapidated Eskom says the minister’s plans can contribute to possible recovery of Eskom.

He says although it looks like reasonable plans, the lot of money and a lot of time is going to ask the struggling industry to stand on its own again.

The expert believes it will cost at least R10bn and a team of experts to effectively operate the industry.

Meanwhile, it is announced that experts from Italy have been called in to try and recover the poor service.

Observers say it is clear that the ANC government will not use the expertize of whites in South Africa, as it will be a direct blow to the faces of the regime.

Read the original article in Afrikaans on Die Vrybuger