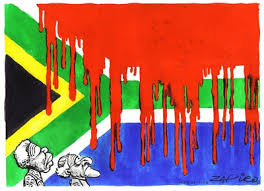 Gang violence in the Western Cape has claimed the lives of 11 people this past weekend while 45 people were killed in Hanover Park this year. Add to that the farm attacks and murders where in M
END_OF_DOCUMENT_TOKEN_TO_BE_REPLACED