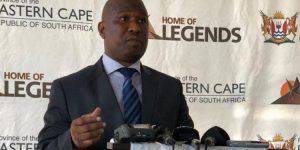 Eastern Cape Premier, Oscar Mabuyane has vehemently denied having any involvement in the embezzlement of R450 000 from the embattled Mbizana Municipality.

As reported by SABC News, at the time Mabuyane was elected as the Premier of Eastern Cape, he had yet to answer to questions around why R450 000, allegedly extracted from R1.1-million that was commissioned from the municipality for no work done, went towards paying for renovations of his home in Bunkers Hill, East London.

Where did Oscar Mabuyane get money to renovate his home?
Earlier in the year, reports came out revealing that, for the most part, corruption and maladministration were the chief contributors to the downfall of the Mbizana Municipality.

A forensic investigation was launched to look into how the municipality found itself under financial administration.

According to reports, Mabuyane had allegedly benefitted from a contract between the municipality and Lonwabo Bam,
END_OF_DOCUMENT_TOKEN_TO_BE_REPLACED 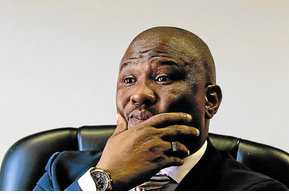 Over R1m siphoned from a municipality in the Eastern Cape was used to renovate the home of ANC provincial chairman and premier designate Oscar Mabuyane.

An invoice of R1.1m was fraudulently generated under the guise that it was for plant hire for a road construction project. However, R450,000 of that money was transferred to a company that renovated Mabuyane’s home in the suburb of Bunker’s Hill in East London. But the ANC bigwig has denied any wrongdoing. He also questioned why the allegations were surfacing now, almost a year after the transaction.

A probe by Sunday World’s sister publication, the Sunday Times, has revealed that the fraudulent invoice was paid to a company linked to ANC Eastern Cape provincial treasurer Babalo Madikizela, who is also the province’s MEC for human settlements. The questionable invoice was generated from ANC headquarters in Calata House in April last year.

E-mails and an affidavit seen by
END_OF_DOCUMENT_TOKEN_TO_BE_REPLACED