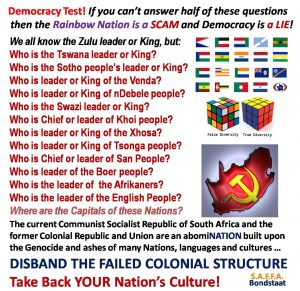 Only 59 years ago on this day 31st May, 1961, the Union of South Africa became an independent Republic as it withdrew from the British Commonwealth, however in 1994 ANC unilaterally removed the practice of celebrating the birth of the Republic every May 31st. While most people did not even notice this dictatorial act, it really begs the question, what is SA now if not a Republic and why is South Africa still even called a Republic? Given the ANC’s naked hatred of minorities and constant demonisation of the country’s past, why is the country still called The Republic of South Africa? Is “South Africa” not a colonial term? SA-News proposes it is high time the abomination at the Southern tip of Africa be renamed!

Today, 31st May 2020 the ANC regime and its obedient establishment did everything it could to hide and disguise the memory of Republic Day by pushing “National Day of Prayer” and “No Tobacco Day” instead! The n
END_OF_DOCUMENT_TOKEN_TO_BE_REPLACED 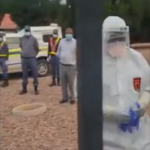 The ANC regime in Limpopo emptied a dilapidated TB hospital in Nylstoom to house COVID-19 positive people, but the first 3 people locked up there never even saw a doctor, were given dirty rooms and had to take their own temperatures! Dr Claire Olivier, Dr Taryn Williams and Elmarie van Emmenis (64) were all suddenly released from the ANC Gulag on Wednesday morning less than a week after being locked up there!

They were forced into the MDR TB hospital in Nylstoom last Thursday by the Limpopo Department of Health, after testing positive for COVID-19. They were all self isolating at home before they were arrested and forced into the MDR hospital, where they all reported that the rooms that they were kept in were dirty. Van Emmenis said she had to take her temperature herself and a nurse phoned her to get her temperature every time. A doctor also did not come to see her. Van Emmenis was already in self isolation on her farm for a period of 2 weeks before her dete
END_OF_DOCUMENT_TOKEN_TO_BE_REPLACED 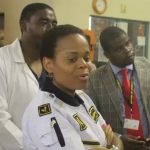 #COVID19SouthAfrica State Sponsored #COVID19 kidnappings have begun in SA where the ANC are exerting their extra totalitarian powers afforded to them by the State of Disaster & Lockdown. Like happened in communist China, two white female doctors who tested positive for COVID19 but were asymptomatic, have been arrested, after a court order was obtained, at their house and forced into quarantine at a Limpopo multi-drug resistant tuberculosis hospital.

The guidelines say that if you’re positive but are asymptomatic or have mild disease, you can be quarantined at home which is what they were doing. However Vavi and other political leaders who are also COVID19 positive have not been treated this way? They had previously been refused COVID19 testing as they had no travel history and were also forced to work without sufficient protective medical clothing. 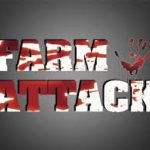 A farm attack took place on the morning of 7 January 2020, in Waterpoort, Limpopo province of South Africa. A contractor on the farm Roux & Roos was wounded during the armed attack and was admitted for medical treatment. A Cruiser was also robbed. Waterpoort Reaction Group, Waterpoort Saps and Makhado K9, with the assistance of a private helicopter the tracks of the attackers were followed.

Alldays Reaction Team also assisted with all other Farmwatch members and trackers working on the farm as well as farmworkers from surrounding farms.

This was an extremely successful operation where Rural Safety Structures together with Saps proved that when there is co-operation, criminals will face justice. Two of the attackers were arrested, SAPS are still following up on suspect number three. Investigation by Saps is still continuing .

There is no other information available at this stage.

END_OF_DOCUMENT_TOKEN_TO_BE_REPLACED 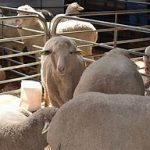 TAU SA is shocked after the announcement that livestock auctions in Limpopo, Mpumalanga, Gauteng and North West have been suspended until further notification by the Department of Agriculture, Land Reform and Rural Development. This announcement follows after the outbreak of foot-and-mouth disease in the Molemole district of Limpopo.

“This is a big blow to the livestock and game farmers in the country, who are already being forced to their knees by the drought,” says Mr. Henk van de Graaf, the regional chairman of TAU SA Norht. “The sale of herds was the only remaining solution for farmers who no longer have food for their animals and now this way of escape is also removed.”

TAU SA realizes that serious action must now be taken to prevent the highly contagious disease but they do not believe that suspending auctions will solve the problem. Rather, the government must ensure that the measures originally put in place must be strictly adhered to an
END_OF_DOCUMENT_TOKEN_TO_BE_REPLACED 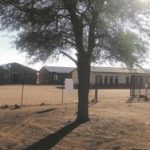 Whistle-blower says school fabricated the English examination marks of grades 8, 9 and 11. He says pupils did not even sit for the exams

A Limpopo school that has failed to reach a 50% matric pass for the past three years allegedly fabricated English marks for grades 8, 9 and 11 in March.

The allegation about the fabricated marks was made by Michael Mosomane to the Education Labour Relations Council (ELRC) as part of his submission, which City Press has seen, challenging the termination of his contract by the education department in May.

Mosomane was employed in January as a temporary accounting teacher at Nakedi Secondary in De Vrede village about 130km outside of Polokwane.

He told City Press that he had initially reported the matter to the education department’s offices in Polokwane on May 6 to raise the alarm, but he received no feedback.

Instead, his contract was terminated by the department on May 27, despite it being sched
END_OF_DOCUMENT_TOKEN_TO_BE_REPLACED 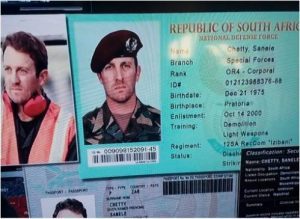 A recent episode which aired in South Africa of ‘NCIS: Los Angeles’ featured a group of bad guys from Mzansi – with some less than common name combinations.

During the two-part episode titled ‘Smokescreen’, the NCIS team partners with the FBI to prevent an imminent terrorist attack.

They ultimately fail to stop a fatal bombing at an LA cinema and have to hunt down those responsible.

They soon learn that the attack was a “smokescreen” created by a special ops ex-militia team to help free a South African arms dealer in NCIS custody.

A white man from the militia group is named Sanele Chetty. Another character is called Dingane Naidoo.

Not only did the writers seemingly choose random names for the men, but they als
END_OF_DOCUMENT_TOKEN_TO_BE_REPLACED 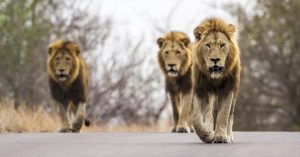 As South Africa spirals downward from neglect, corruption and greed, nature seems to be taking back what was once its territory. A pride of lions seems to have split off and are seeking to establish their own territory, as they have always done, long before man (black or white) ever got there and deemed secession illegal…

Rangers have been dispatched to track down an escaped pride of lions, totaling some 14 adult lions, that have been spotted roaming near a mining village outside the Kruger National Park in South Africa.

“We are currently still tracking where exactly they managed to escape from the Kruger National Park, but at the moment they are roaming around Foskor mine around Phalaborwa,” Limpopo Department of Economic Development, Environment and Tourism (LEDET) spokesperson Zaid Kalla said. 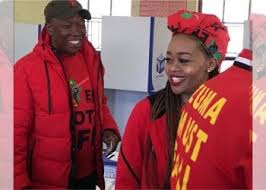 EFF leader Julius Malema was on Wednesday irked by an IEC staff member who apparently instructed his wife Mantwa Matlala-Malema to remove her fake nails before she could vote.

The pair were voting at the Mponegele Primary School in Seshego, Limpopo.

Malema said he found the instruction “bizzare” because there was no such a rule and he approached the electoral officer who cleared Mantwa to vote.

Malema said: “There was some IEC staff member who said to my wife she must take off her nail so that they can put a mark and I found that bizzare. You cannot have such a patriarchal arrangement happening inside the voting station. The electoral officer came and said she can vote with her nail.

“But the person who puts a mark on people, she has a pair of scissors and gives it to people to take off their nails, so I do not know how many people’s nails were taken off.

“It must never be costly for people to vo
END_OF_DOCUMENT_TOKEN_TO_BE_REPLACED 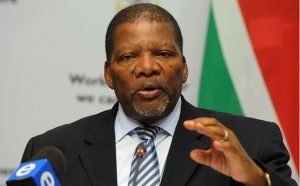 Gugile Nkwinti, the Minister of Water and Sanitation, reportedly unduly used his influence to secure a R97,6 million farm in Limpopo for a friend and his business partner during his tenure as Minister of Rural Development and Land Reform (DRDLR).

This was according to a report recently published by the Public Protector, Advocate Busisiwe Mkhwebane.

Mkhwebane’s office began the investigation into Nkwinti’s alleged violation of the Executive Ethics Code for members of the Cabinet, deputy ministers and members of provincial executive councils, following media reports and a complaint from DA Member of Parliament, Thomas Walters.

Nkwinti also requested the Public Protector to investigate the allegations against him “to subject himself to public scrutiny”, the report said.

According to the report, Nkwinti was approached by a fellow ANC member and family friend, Errol Velile Present in May 2011, who asked him to assist him and his busine
END_OF_DOCUMENT_TOKEN_TO_BE_REPLACED 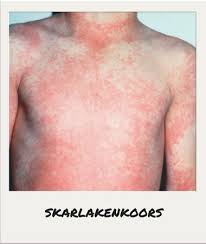 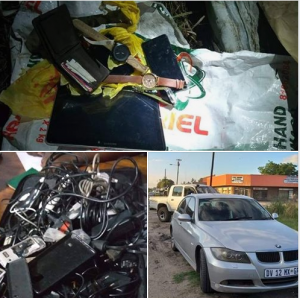 A brutal attack took place in the early hours on Friday 4 January 2019, on one of the Wildebeeslaagte smallholdings in Northam, Limpopo.

A businessman and his female companion were attacked, murdered and robbed after which the attackers set the home on fire. A BMW, clothing and other household items were robbed during the assault.

Waterberg Veiligheid/Sekuriteit reported that Captain du Plessis from the Northam SAPS along with Heritage Protection Group (HPG) in Northam followed up leads and arrested a suspect in Rustenburg with the assistance of Rustenburg SAPS. The BMW that was robbed along with various items from the victim’s home were also recovered including bloody clothes.

This report does not necessarily reflect the opinion of SA-news