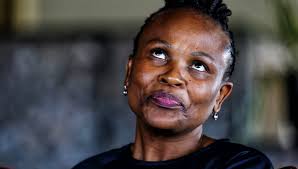 The Legal Practice Board was requested by Accountability Now (AN), a non-profit organization, to remove the name of the Public Protector (PP), Busisiwe Mkhwebane, from the advocates.

It follows the Constitutional Court’s ruling that she had acted and lied under oath. Adv Paul Hoffman, a director at AN, said in a letter to the Legal Practice Council that the findings against the PP are serious and final and that her honesty, integrity and competency as PP is affected.

Dr Pieter Groenewald, leader of the FF Plus says that the ruling and findings of the Constitutional Court this morning against the Public Protector (PP), Adv. Busisiwe Mkhwebane, who has, among other things, exceeded her mandate, is damning and in fact she says she is incompetent for office as South Africa’s EM.