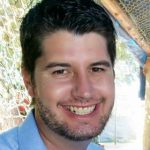 We covered the George Spalding incident here and it is possible that the same gang is involved. Both men are now being treated in the ICU of a local hospital. Pienaar lives with his wife Lizelle and 3 children in a gated complex and Pienaar went out at around 01:30 to bring in the family’s budgie, which he had forgotten outside. Just as Pienaar went out and returned with the budgie, an intruder came in behind him. The intruder who came in, a black male, was
END_OF_DOCUMENT_TOKEN_TO_BE_REPLACED 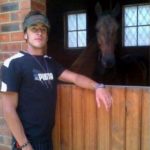 A man caught in a car on a farm has been shot dead, but now the farm owner is in jail. The incident occurred on the farm Eensome near Roossenekal.

Mr. Willem Daniel Ackermann apparently saw a light inside his Honda CRV vehicle, which was parked on his premises.
He approached and saw an unknown man inside the car.

According to Mr. Markus Basson, who chaired the Roossenekal Farm Safety Forum for five years, said Ackermann asked the man who he was and what he was looking for.

According to police, the suspect got out of the vehicle and went to Mr. Moving to Ackermann.
Police say five shots were fired in total and the suspect was fatally wounded.

According to Mr. Basson was also given a knife at the scene.

The ambulance services declared the suspect dead at the scene.

Mr. Ackermann was arrested on the charge of murder and has already appeared in Groblersdal’s Magistrate’s Court.

The case has been po
END_OF_DOCUMENT_TOKEN_TO_BE_REPLACED