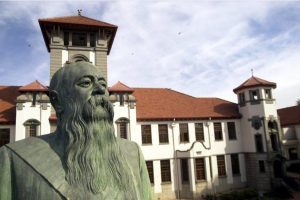 AfriForum and various other conservation organisations, including the Bloemfontein Cultural Association, the Association for Christian Higher Education in Bloemfontein and the Gereformeerde Geloof Bond (which includes congregations across South Africa and to which 32 congregations are affiliated), on 10 May 2019, objected to the issuing of a permit by the Free State Provincial Heritage Resources Authority (FSPHRA).

This permit grants permission to the University of the Free State (UFS) to relocate the statue of Pres. M.T. Steyn from its Bloemfontein campus to the War Museum.

In AfriForum’s appeal against the permit issued, it emphasised, among other things, that the relocation would rather polarise students on campus than to promote respect and social cohesion amongst them.

According to Alana Bailey, Deputy CEO of AfriForum responsible for heritage issues, M.T. Steyn embodies the ideal of the establishment of a Free State university ‒ a goa
END_OF_DOCUMENT_TOKEN_TO_BE_REPLACED