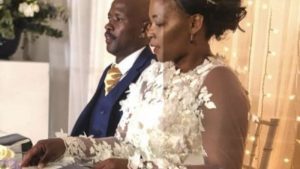 Criminal charges hang over a government spin doctor who allegedly tried to use funds from her employer, the crisis-stricken Housing Development Agency (HDA), to pay for her wedding in December.

The agency said this week it would press criminal charges against its former communications manager, Zingaphi Martin (formerly Matanzima), who resigned while her alleged fraudulent activity was being investigated.

The HDA falls under the human settlements department and works with provinces and municipalities to provide social housing.

Martin resigned from the HDA in December while on suspension pending an investigation after allegations emerged that she used her delegated authority as a manager to authorise government funds to cover a R43 300 shortfall on her wedding.

In December, the Mail & Guardian reported that financial mismanagement at the HDA, which had an R11-million cash-flow deficit, led to demands from the treasury for the return o
END_OF_DOCUMENT_TOKEN_TO_BE_REPLACED