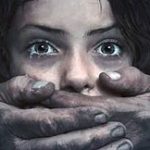 An Israeli tourist was gang-raped while on holiday in Mpumalanga at the weekend, police said on Monday.

Two of the woman’s companions were robbed during the ordeal, which took place at their holiday accommodation.

Police spokesperson Brigadier Leonard Hlathi said on Monday that officers were still on the hunt for four men who attacked the three tourists at a Graskop lodge.

He said the gang attacked the woman and the couple. The men demanded that they take off their clothes.

“The men raped the woman and also robbed the three of their personal belongings before fleeing the scene,” Hlathi said.

No arrests have been made.