The R30m pledge to assist farmers in the severe drought of the Northern Cape is hardly a drop in the ocean.

David Mabuza indicated that he may be visiting the drought-stricken Northern Cape to determine for himself the extent of the drought and the conditions in which the farmers find themselves.

The Department is guilty of having spent considerable time in the agricultural sector, and Mabuza owes the farmer an explanation, one of the farmers said.

Meanwhile, he promised drought relief in the form of animal feed to the area’s farmers, but farmers remained skeptical of the promise.

END_OF_DOCUMENT_TOKEN_TO_BE_REPLACED 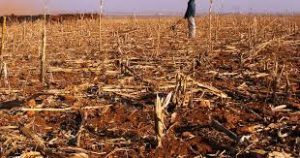 The FF Plus is shocked and disgusted by the news that nearly R220 million, which was earmarked for drought relief in KwaZulu Natal, went missing. It is unclear how the money went missing and the FF Plus demands an urgent investigation into the matter so that the guilty parties can be called to account.

The drought has already taken its toll on the agricultural sector with livestock deaths and poor harvests being at the order of the day. There have been enormous livestock losses in the Free State, Northern Cape and Eastern Cape in particular and some of these parts have not had any rain since November 2017.