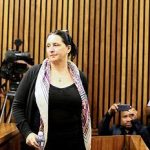 So Vicki Momberg has become our number one criminal because she ducked and didn’t appear in court due to her case of crimen injuria of her 2016 racial slur.

Now she has an arrest warrant hanging over her head, after her non-appearance at the Randburg magistrate’s court, and the police say they “are desperate to locate her”.

According to the police, detectives are working around the clock and crime intelligence is on full alert and involved to establish her whereabouts.

If this were not so pathetic it would have been laughable.

We have 58 killings a day, not mentioning rapes and hijackings, and criminals are running loose left right and centre, while the Zondo commission has established who the other criminals are that looted billions out of this country and no action has been taken, but we have the whole police force on alert and going after this miserable woman.

Now all the foreign visitors who are attending the investment
END_OF_DOCUMENT_TOKEN_TO_BE_REPLACED 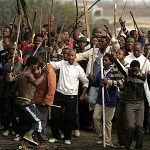