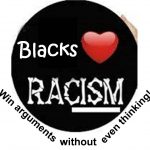 In the media world there is a saying: If it bleeds, it leads. However according to the headlines and frontpages of mainstream media nowadays, it would seem this is no longer the case, as alleged racism is treated far more serious than murder or rape and given far more coverage! In fact with 56 murders a day, many homicides barely make the Facebook pages of these newspapers and rape doesn’t even get reported in many cases!

END_OF_DOCUMENT_TOKEN_TO_BE_REPLACED 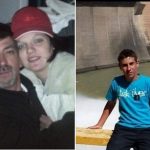 We note the murder of 2 white men which was mentioned on Facebook but nowhere, not anywhere, in any sort of media. Both were killed. They are Donovan Visagie (22) and Clive Dawson

Donovan Visagie was on his way to meet some friends to watch fireworks. His 3 friends was being robbed , when he arrived . As he got out of the car Donavan was shot by the attackers. Three men fled the crime scene in the direction of Muzenville Krugersdorp

TWO MORE MURDERS OF WHITE MEN. NOTHING IN MEDIA. Anyone with more details pls inbox us so we can do proper stories on them.