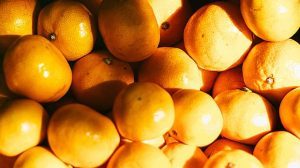 One of the largest players in the Italian citrus trading market ordered and bought round oranges from a Limpopo orange company but square oranges instead arrived in Sicily, Italy.

This is how a judge described the damages claim which came before him in the Gauteng High Court, Pretoria.

The Italian company Oranfrizer instituted a claim in Euro against Fruitone Ltd, a farming operation in Zebediela, Limpopo. In rands the claim amounts to about R1.3 million.

The problem was that the immaculate round, orange fruit, no longer appeared round when the shipments landed in Sicily, as it was nearly all squashed and flat.

This was apparently due to how the Limpopo company packed the fruit prior to shipping.

Judge Norman Davis remarked that what was actually to be a simple case, resulted in five years of litigation between the parties and a host of experts on the subject of packing and quality control, which were called to testify.