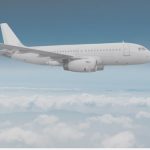 Air travellers in South Africa have been warned to pack lunch boxes as there will be no food or catering services on several airlines as workers are expected to embark on a strike on Monday.

This as the National Union of Metalworkers of South Africa (Numsa) warned on Sunday that there would be no food or catering services on several airlines and in airport lounges due to threatened strike action.

“The strike will affect OR Tambo airport, Cape Town international and King Shaka in Durban. We advise that if you intend to fly on certain airlines tomorrow [Monday] please pack a ‘skhaftin’ [lunch box] because there will no food or catering on the flight,” said Numsa spokesperson, Phakamile Hlubi-Majola.

Air Chefs is a subsidiary of SAA.

Airline spokesman Tlali Tlali confirmed a notice to strike had been received, but said contingency plans were in place to ensure there was “minimal to no impact” on operation
END_OF_DOCUMENT_TOKEN_TO_BE_REPLACED