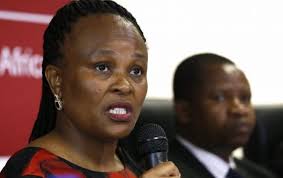 The Public Protector has denied allegations that she is corrupt and has received money from the Guptas in the past.

Busisiwe Mkhwebane is accused of receiving about R5,000 from the Guptas two years before her appointment as OB.

It is not mentioned whether she received the amount monthly, but it is suspected that she may have received it more than once.

However, she said they should take all her bank statements from the FNB and prove that she got money from the Guptas.

A non-profit foreign organization made the allegations, but besides it further adversely affects her chances of being in the post, it has international consequences for South Africa.

END_OF_DOCUMENT_TOKEN_TO_BE_REPLACED 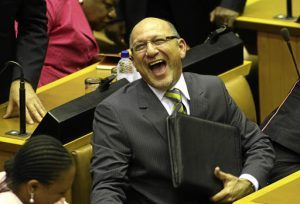 Johannesburg High Court ordered the controversial black political group EFF, to pay R500,000 for defamatory and false statements they made towards former finance minister Trevor Manuel. The EFF was also ordered to remove all statements about Manuel from its media platforms regarding the new SARS commissioner.

Manuel was accused of nepotism and corruption on the appointment of Edward Kieswetter by the red beret’s on their official Twitter account,. The accusations where made by the EFF pointing to a time when Manuel was chairman of a selection panel who had checked candidates’ applications for the position of new SARS commissioner. Earlier this month, the Supreme Court heard Manuel’s application, rejected by the EFF. The latter argued that the essence of their statement was the “legality” of the appointment process.

In his ruling, Judge Elias Matojane ruled in favour of Manuel and ordered the red berets to remove their fals
END_OF_DOCUMENT_TOKEN_TO_BE_REPLACED