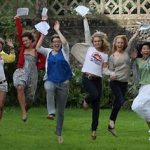 The DA has claimed that the matric pass rate is incorrect, just after the announcement of the 2019 results by Basic Education Minister, Angie Motshekga.

The Democratic Alliance (DA) has called the Minister of Basic Education, Angie Motshekga’s bluff saying that her announcement of 81.3% for the 2019 matric pass rate is incorrect and the ‘real’ pass rate is in fact 38.9%.

In the statement, the DA congratulated each learner who passed the NSC examination, however had this to say:

“Whilst Basic Education Minister Angie Motshekga and the Department of Education are celebrating an all-time high matric pass rate of 81.3%, the Democratic Alliance can reveal that the real pass rate is in fact 38.9%.”

DA Minister of Basic Education, Nomsa Marchesi explained that in 2017, a total of 1 052 080 learners were enrolled in grade 10, yet only 409 906 learners eventually passed matric last year.