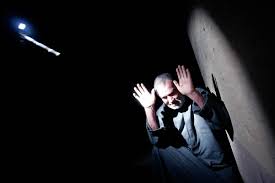 A father who was praying when an intruder pointed a firearm at his daughter was shot twice at their home in Maraisburg, west of Johannesburg, on Saturday, paramedics said.

In an attempt to fight off the robber, the father was shot, leaving him injured and hospitalized but the daughter was not seriously injured.

“The man, believed to be in his early 40s, is in a serious condition after being shot twice by a suspected intruder at his house in 1st Avenue, Maraisburg,” said ER24 spokesperson Ross Campbell.

“The man said that he had been praying at the time of the incident and had attempted to subdue the intruder who was allegedly pointing a firearm at his daughter.”

Campbell said when ER24 paramedics arrived on the scene, they found the man had been shot in the arm and leg.