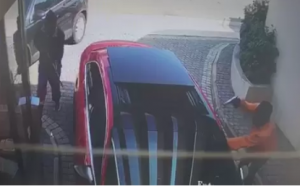 Latest statistics released by the SAPS have shown that 16 325 vehicle hijackings were reported between March and April 2019, with the bulk of these incidents occurring in Gauteng.

It has the highest number of reported hijackings per day compared to any region in the country, with 23 incidents a day.

This is followed by KwaZulu-Natal with seven per day, the Western Cape with six a day, Mpumalanga and Limpopo with two a day, and North West, Free State and Northern Cape with one a day each.

The figures reflect that at least one motorist is hijacked every 32 minutes in the country, with most hijackings occurring in home driveways.

Fidelity ADT, which has partnered with the National Hijack Prevention Academy (NHPA), has seen an increase in violent hijackings in Gauteng.

According to Fidelity ADT’s footprint, Mondays and Tuesdays have shown the highest number of reported hijackings this year.

“There also appears to be a slight uptick around 1pm to 2pm, which could be due to increased traffic during lunch hours,” said Hattingh.

“The highest number of reported incidents in our experience, however, tend to take place between 7pm and 8pm during peak traffic times and where there is reduced visibility at night. Over 60percent also take place close to home”

Richard Brussow, a hijacking expert at the NHPA, said its research had shown how hijackings were far less frequent on weekends.

“Hijackings occur every day of the week, reaching a high on Fridays, due to motorists being more relaxed and traffic increasing earlier on Friday.

“However, weekends show a lower hijacking rate due to syndicates checking their stock and placing orders as well as the fact that there are fewer vehicles on the road. This also explains why Tuesdays and Wednesdays show more hijackings.

“Hijacking of vehicles reaches its lowest point at 2am. A drastic increase occurs from 5pm to 8pm.”

-The Saturday Star
This report does not necessarily reflects the opinion of SA-news.