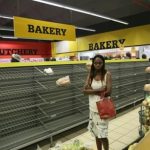 That is, they will eventually no longer have a Medical Aid, and secondly, the health plan will follow the same route as Eskom, Denel, SABC, SAA, and others that are under state control.

Experts warn that the ANC regime’s efforts to “uplift” its supportive electorate have caused the quality and sustainability of services to collapse in all areas.

Through the planned health service, people are denied the right to belong to an independent, non-government-controlled medical scheme, and billions of rand are now being spent to establish a communist system of health services.