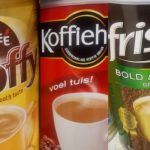 South Africa has new draft rules about what may or may not be sold as coffee in South Africa – and some firm favourite mixtures that reference coffee in their names will be in the “not” list.

The department of agriculture, land reform and rural development last week issued the first draft of “regulations relating to coffee, chicory and related products intended for sale in the Republic of South Africa, in terms of legislation that allows it to set standards for agricultural products.

The rules specify 11 categories of “coffee, chicory and related products” that range from pure ground coffee to pure chicory. Those include “mixed coffee” or “coffee mixture”, which must be at least 75% coffee.

There is also a category for “coffee and chicory mixture”, which can be up to half chicory – though it must still have a caffeine content of at least 0.6%.

At that lower limit, a coffee and chicory mixture will not have much of a kick. Under the draft rules instant coffee must have a caffeine content of at least 2.25% – nearly four times greater than coffee and chicory mix minimum – and instant decaffeinated coffee may contain up to 0.3% caffeine.

Anything called “coffee” must be just that; neither ground coffee nor instant coffee may contain any flavouring or colouring under the rules. Ground coffee, or coffee powder, is also required to have “the characteristic coffee flavour”.

See also: This is how the price of a cappuccino in South Africa compares to the rest of the world
Instant coffee, meanwhile, must “dissolve in boiling water in 30 seconds with moderate stirring” to qualify for the name.

Coffee essence, or liquid coffee extract, may have glycerol or sugar added – but no other ingredients.

By that standard Koffiehuis, which translates literally as “Coffee House”, is not coffee because it contains glucose.

Meanwhile neither Frisco nor Ricoffy qualifies as coffee under the draft rules, or as coffee mixtures – or even as coffee and chicory mixture. Both contain only 25% coffee.

The regulations are open for public comment until the end of September.