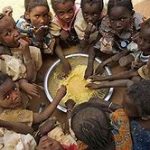 The TAU is of the opinion that the malfunctioning ANC government is actively pushing the agricultural sector across an economic abyss and is calling for the accelerating rate of destruction of South Africa’s food security.

This according to Mr. Johan Steyn, Chairman: TAU SA Eastern Cape, following the revelation that the government could not convince the World Animal Health Organization (EIA) to declare South Africa as foot-and-mouth free.

“According to our information, the Department of Agriculture, Rural Development and Land Reform was supposed to make two submissions to the EIA,” he says. “The purpose of this was to restore our country’s foot-and-mouth disease status. At the first submission, Onderstepoort Veterinary Institute (OVI) did not want to release the serological results because the OVI department owes money. With the second submission that was due to take place, Onderstepoort was unable to analyze because no samples were taken. Limpopo technicians refuse to take samples from cattle because they are not paid overtime. ”

He points out that the effects of the ongoing ban on exports, the export of live breeding animals, game and meat have stalled; while the wool price fell by almost 40% within a year, but the wool barns were packed with non-exportable wool. The price of slaughter livestock is falling continuously, despite a scarcity of slaughter livestock due to a prolonged and disastrous drought. The problem has its roots in stray animals from Zimbabwe and other neighboring countries that cross the border at random because the decayed border fences are no longer maintained or managed by the department.

Steyn says it is outrageous and unacceptable that the existence of the largest sector in agriculture, namely the livestock industry, is threatened by a malfunctioning government and its incompetent officials.

“We are not advocating our survival, we are demanding it from a government that is supposed to be in the service of the citizenry,” says Mr. Steyn. “Some role-players in organized agriculture recommend that the problem be solved through government talks. In my opinion, similar to the SAPS, which merely monitors and destroys the destruction of public property, there is absolutely no fruit. The farmer is paid taxes, complies with legislation and complies with regulations. In return, we expect the government and their highly-paid officials to perform their duties conscientiously and efficiently. This is for the benefit of the whole country and all its people. ”

He points out that many of the world-class systems that established South Africa as leader in many agricultural fields were developed by industry organizations, individuals and others in agriculture.

“This expertise still exists in the private sector and will, to the detriment of the public treasury and the benefit of agriculture, be utilized. For example, there are private companies that excellently fill the void that Onderstepoort’s decay has produced through the manufacture of various vaccines and other livestock products. This expertise will be used to the benefit of the farmer to put the whole sector back on a winning path. The fact is that the government is making itself irrelevant, ”he says.