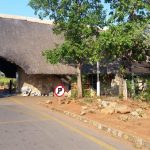 Hundreds of SANParks workers are planning a second strike over unresolved wage disputes, not only at the Kruger Gate, but also nationwide, on September 20,2019.

The National Union of Public Service and Allied Workers’ (Nupsaw) spokesman, Kagiso Makoe, said the union would embark on a national shutdown of SANParks facilities – on behalf of SANParks employees – and that they will be joined by the Health and Other Service Personnel Trade Union of South Africa (Hospersa), which is the majority trade union at SANParks.

Makoe confirmed that they requested a salary adjustment of 11,5 per cent. He said this is market-related, and they also want to standardise working hours to 40 hours per week, and 160 hours per month.

He confirmed that the planned strike will involve rangers, field workers, administrators and cleaners at SANParks. Earlier this year workers embarked on a similar strike following wage disputes.

Negotiations at CCMA shortly after reached no agreement and were deadlocked. The CCMA recommended an eight per cent increase, however, SANParks said it could only afford 6,5 per cent.

SANParks spokesman, Ike Phaahla, confirmed to Lowvelder that Wednesday had been the final date for the unions to file their picketing rules and that the planned strike on September 20 would be an illegal strike.

According to Phaahla, no strike ballot has been undertaken among staff to enable the unions to apply to embark on a legal strike. He warned that the no-work, no-pay rule will be invoked should workers embark on the strike without having filled in the correct paperwork beforehand.

Phaahla said they were disappointed that the unions are using the media to create the impression that SANParks management do not pay attention to the salary demands of its workers.

“They have also breached an agreement where we expressively stated that where there is a dispute in the negotiations, they should notify SANParks of their intentions to go public, so we can respond timeously to allegations.”

He added that SANParks would not be held hostage by conducting negotiations through the media. Phaahla said they have offered an eight per cent increase, but that this offer was also rejected by all three unions.

“We are hoping to meet with the unions on September 18 to finalise the picketing rules of the strike.”

Phaahla concluded by warning employees to be careful of the disinformation being spread through social media, and that the organisation’s guidelines with regards to public holidays are in line with the labour laws.

He advised tourists who have made bookings not to cancel, but to contact SANParks offices for advice and ask reservations for assistance.