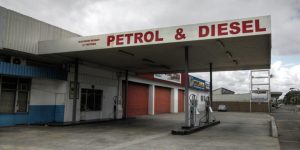 The petrol price increase in March is expected to shock South Africans, with a hefty hike eclipsing original estimates.

It seems likely that rolling petrol price increases, last experienced in the latter half of 2018, are expected to make a dubious return this year – starting next month. While first estimates, released by the Central Energy Fund (CEF) earlier in the month, proposed a hike of 43 cents per litre for petrol and 60 cents per litre for diesel, recent revelations paint a grim picture for South Africans.

Petrol price increase in March
The Automobile Association (AA) of South Africa noted that a steady increase in international oil prices, coupled with a weakening rand – both experienced after the first estimate tabled by the CEF – had since altered original evaluations. The Energy Department has echoed the AA’s sentiments – pointing to mooted increases which almost double first guesses.

According to the Energy Department, recent data, impacted by rising oil prices and a weakened currency, shows that South Africans could expect to be hit even harder at the pump in March – with an estimated increase of between 67 cents and 83 cents, per litre, for petroleum. The price of diesel is also expected to soar – way higher than previously thought – to between 84 cents and 96 cents per litre.

The knock-on effect of rising petrol prices will prove costly, not only to South African motorists but to general consumers as well. The impending increase in consumer goods is compounded by recent rolling blackouts, which have cost the local economy in excess of R15 billion. Economic analysts have also blamed Eskom, the country’s embattled power supplier, for weakening the rand as a result of its operational incompetence.

Still, there is a glimmer of hope which could see the petrol price increase in March be rebuffed to more manageable levels. If oil prices drop, drastically and swiftly, and the rand manages to gain some ground on the dollar within the next few days – the expected petrol price increases could revert closer to the original estimates. This situation, however, seems unlikely.

The future looks grim
More worrying, is the situation which presents itself from April onwards. Fuel levies, as discussed during the recent National Budget Speech, are going to be redoubled in April. These ‘petrol taxes’ – which, in part, keep the beleaguered Road Accident Fund afloat – are expected to increase petrol prices by 20 cents per litre.

Carbon taxes, which will be implemented in June, will also add more woes to South African motorists – hiking petrol prices up by about 10 cents per litre.

The South African
This report does not necessarily reflects the opinion of SA-news.