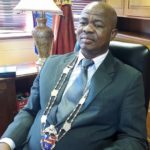 There can’t be any doubt anymore that the plundering of the municipality by the officials is the true purpose of the municipality now and not the delivery of services. Mr Moolman told Netwerk24 that the DA in the council will now ask for a special council meeting to discuss the matter and they will also ask to see the report into an alleged investigation that the JB Marks municipality claimed they began in the middle of last year already.

Mr Moolman revealed that a breathtaking amount of 383,574 total hours were paid out as overtime by the municipality, since July last year to January 2020. One wonders what these officials actually did during all these hours? One would not even believe that one single hour was worked if you look at the state of the town. The total amount paid out in overtime was exactly R52,990,960 in just 7 months, revealed Mr Moolman. He said that when the DA analyzed the figures it became clear that some officials worked for up to 288 overtime hours per month, on top of their normal working hours of 180 per month! Analyze the number of hours and you will see that these officials were not at “work”  for 8 hours out of 24 per day. This is obviously physically impossible. It’s looting and it’s obviously out of control.

Mr Moolman said the legally allowed limit for overtime for municipal workers is 45 hours per week. Moolman also said that the DA had written a letter to the mayor, Kgotso Khumalo, who has had protests in the streets demanding his removal, as well as the municipal manager, about the overtime issue in April 2019 already, but their letter was never responded to. Moolman said that when the DA brought up the matter of overtime in a subsequent council meeting last year , the municipal manager admitted there is a problem and promised an investigation, but this investigation was never heard of again and its now almost a year later.

Well, maybe the man just lied Mr Moolman, promising an investigation when he clearly knew that they were not gonna do it and dodging accountability that way? And their scam was going going so well! The municipal manager was probably the first one in the queue at the overtime feeding trough. In the meantime the overtime paid out jumped from R2,5 Million in 2018 to an incredible R8,9 Million last year. Moolman also pointed to the fact that overtime is calculated at 1,5 or double the already high normal pay for these officials.

We have also recently reported that the JB Marks Municipality operates a slush fund in the form of a trust, registered at a local lawyer in Potchefstroom which paid out an amount of R161,329 so that Councillors could go to the Durban July last year. The Hawks are investigating the Durban July trip and another transaction where R1,7 million was transferred to an outside account. We have also reported that the municipality’s own accounts show that an amount of R 2,6 million is outstanding and being owed by serving Councillors, who came into it in unlawful ways. Yet no steps is being taken against the councillors.

The Auditor General’s report on the municipality for the 2018/19 year sketches a dark picture. The figures show an amount of R 2,1 Billion in irregular expenses, R833 Million in unlawful expenditure and R76 million in wasteful spending (no results achieved). The Auditor General also found that the municipality did not stick within acquisition procedures and did not keep proper track of expenses, and he had mentioned in his last and previous reports, that the municipality never investigates it when money is wasted, stolen or irregularly spent. Officials also don’t get investigated, even if complaints against them are lodged for financial irregularities.

The local “mayor” Kgotso Khumalo is fighting a decision by the North West provincial government to place Potchefstroom under administration in court, something for which taxpayer funds are also used of course. The Mayor, Kgotso Khumalo however led a “delegation” of officials and councilors in a lavish trip to Sweden, to allegedly strengthen their partnership and asses progress made on various projects.  Dare we ask if accounts were kept on that trip and if all gifts were declared? 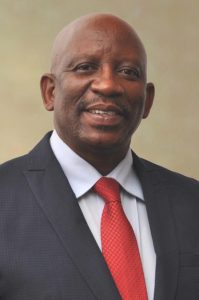 See also: Refuse backlog woes continues at Tlokwe Municipality, governed by the ANC- Only two garbage trucks left to collect refuse in Potchefstroom due to mismanagement and ageing fleet