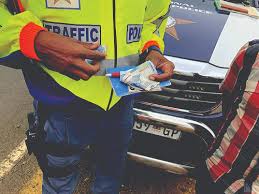 Durban – A wink, a nod and a couple of thousand rands will buy a driver’s license – it’s no secret, even though it has a major impact when it comes to counting the loss of lives on South Africa’s roads.

The Independent on Saturday team went undercover to investigate what a Corruption Watch researcher said was standard practice to pay a bribe, and prospective drivers were almost guaranteed to fail if they could not or were unwilling to pay.

Responding yesterday, “gravely concerned,” Transport Minister Fikile Mbalula said with President Cyril Ramaphosa’s undertaking to fight corruption at all levels, such illegal activity would “not be tolerated in any way, shape or form”.

He added that the RTMC national traffic Anti-corruption Unit was currently working with police and the SIU (Special Investigating Unit) to root out and clamp down on such practices.

Our team’s first stop was Rossburgh traffic centre, where vendors sitting outside the gate openly offered “imbuzi” (goat), which is a code name for questions and answer sheets for a learner’s licence, at a cost of R150.

After the team had shown an interest in “imbuzi”, the vendor explained what else was on offer when it came to getting a learner’s and driver’s licences, which included a bank statement with the letterhead of a well-known bank, with personal details and an address of the client’s choosing.

“The bribe is standard procedure; you are even able to buy a licence,” said the vendor, as he introduced the team to the middleman to chat about getting a driver’s licence.

The middleman casually introduced himself, stating that the bribe would cost R1500. “Here we help people,” he said, explaining that the client would give the money to him, including money to book the driving test.

He said he would meet the driving instructor inside and inform him of a new client. The client would be given a vehicle for the test, with the instructor ticking all the boxes, resulting in a pass for the test, regardless of the client’s driving abilities.

The team went further into the testing grounds, where they met two driving school instructors. When asked about the process of gaining a driver’s licence, there was no mention of any bribe and the instructors shared what was required.

The team then moved on to the Pinetown testing station and had to go into the premises to get to the middle man, a driving school instructor.

He was leaning against a tree, watching one of his clients driving a truck on the testing ground.

When asked about the bribe, he said it was R2500. “When you pay the money, I can guarantee you will not have a problem passing,” he said, adding that his lessons were R100. On the day of the test, he signals the driving inspector with a wink and a nod, letting him know the transaction had been made.

A second driving instructor at Pinetown testing grounds, who was approached by the team, made no mention of any bribes, saying lessons were R400 each, with R800 on the day of the test to pay for the use of the driving school car and the cost of the test, R250.

At the third testing station, Winkle­spruit, there was a vendor at the gate who said the bribe would be R2000 and with the code name “sgqoko sephoyisa” (meaning policeman’s cap), payable to him to organise the driving test, or alternatively it could be negotiated directly with the inspector while on the road during the test.

“The inspector will walk out like he’s getting fresh air and look around to see if anyone is giving a sign that a person is about to go for a test. We will wink or make any kind of sign that the cameras here at the ground won’t pick up.

“As soon as the inspector goes out of the grounds, he will tell you what they charge to make sure you get your licence,” said the vendor, adding that the cash must be “tucked between the car chairs”.

In Cape Town, two women, who did not want to be named, said they had both paid bribes to get their driver’s licences. One paid a bribe of R1800 in frustration after failing several times, while the second paid R5000 because she desperately needed a driver’s licence to apply for a job. Both women said the deal was conducted between the applicants and driving instructors who act as middlemen between themselves and the traffic officials.

Mbalula said that while the impact on road collisions and fatalities had yet to be quantified, “all stakeholders in the transport sector agree it has a negative impact on all road users and should not be tolerated in any way, shape or form”.

He added that special investigations and proposed amendments to the National Road Traffic Act, by incorporating a provision in the draft bill, would look to streamline the provisions for dealing with fraud and corruption. This included the possible suspension or cancellation of the registration of an examiner for driving licences or an examiner of vehicles who is found to be involved in illegal practices.

“Fraud and corruption have to be addressed as a major priority and the Department of Transport is taking the lead,” said Mbalula.

Automobile Association (AA) spokesperson Layton Beard described the illegal practices of bribing an official to get a driver’s licence or directly buying a licence as “a huge, huge problem”.

Beard said while it was difficult to assess the impact of fraudulently obtained licences, there were 14000 deaths on the roads annually and road crashes cost the economy R163 billion.

“It is placing a person on the road who is not equipped to deal with the pressures of driving.

“The fact you have a driving licence does not make you a capable driver,” said Beard, adding that parents and guardians “need to send a strong message that bribery is not an option”. He said while there were many ethical driving schools and driving inspectors, any instructor or inspector taking a bribe “may think it’s a small act, but you are putting an unsafe driver on the roads. Anybody who considers this must understand they are playing with people’s lives”.

Arrive Alive’s Johan Jonck said bribery “has a huge impact” on the roads, adding: “It is important for all road users to be aware of the dangers of corruption.

“Corruption is not only to be found in the actions of the official who asks for or receives the bribe, but also on the part of the person who offers the bribe.”

Corruption Watch researcher Melusi Ncala said: “Whistle-blowers inform us that they are not able to obtain a licence without paying a bribe to the driving instructor and/or the official at the department.

“It is standard practice to pay a bribe and prospective drivers are almost guaranteed to fail if they cannot or are unwilling to pay.” She said the problem was similar in Joburg and Durban and that the only difference was the price: between R350 and R5000.

Pat Allen from Southern African Institute of Driving Instructors said there were many forms of corruption.

“There are also subtle forms of corruption, such as unfair failures, and the examiner’s own interpretation of the K53 test standard, where they think up new ways to fail our pupils every time we go, which leave us furious when our pupils are really well-trained and competent but are failed time and again.

“I have been told by an anti-corruption official that the test centres across the whole country are rotten through and through with bribery and corruption.

“The driving school industry is unregulated. The vast majority of driving instructors are unregistered. Their standards of training are very low. There is no way to prevent corrupt driving schools from robbing the public.”

Despite numerous requests for comment, KZN RTI had not responded at the time of going to press.