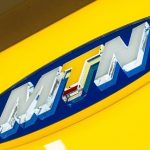 MTN accused of paying protection money to the Taliban, a designated terrorist organisation known to have been working with al-Qaeda.

The company is among several multinationals facing a US lawsuit on behalf of killed or wounded US military in Afghanistan.

SUMMARY:
A civil lawsuit brought in the US says MTN paid protection money to the Taliban and actively helped its fighters from being detected by US counter-insurgency forces

The company, along with five other Western businesses, have been accused in a US court of having violated the Anti-Terrorism Act by paying protection money to the Taliban, a designated terrorist organisation known to have been working with al-Qaeda.

The Taliban was overthrown by US-led forces in the wake of the 9/11 terrorist attacks, when the US accused Afghanistan’s ruling party of harbouring those responsible for the attacks. Those not killed went into hiding before launching a prolonged counter-insurgency against the coalition government.

The complainants allege that six different companies, most of which are American domiciled, supported the Taliban by, among other things, making payments to ensure the protection of their infrastructure.

“Defendants decided that buying off the terrorists was the most efficient way to operate their businesses while managing their own security risks — even though doing so jeopardised other American lives,” states the suit, which did not specify the quantum of damages being sought.