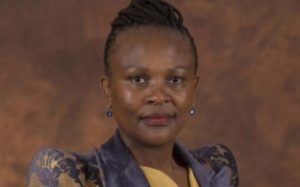 The Public Protector, Busisiwe Mkhwebane, probably has sleepless nights and a lot of nightmares over her own report condemning Pravin Gordhan.

If the court case from Pravin Gordhan instigates to honor his name after the OB has accused him of unlawful conduct in her report, it could mean the end of her career.

She has already been criticized and condemned by the Constitutional Court that she has acted unconstitutional and her report has therefore been declared invalid.

Now she faces the law with Gordhan’s case in the Court of Audit, which she does not dare to lose, otherwise she will probably also lose her post as Public Protector.

The previous lawsuit reacted sharply to her “unconstitutional” actions, and experts began to argue in the media that she was not fit for office in which Jacob Zuma had appointed her.

She is known to be (or is) a Zuma fan while Gordhan is a Ramaphosa supporter.

Opinion polls are convinced that the Public Protector is being investigated because of her dubious actions with reports.

-Read the Original article in Afrikaans on Die Vryburger
This report does not necessarily reflects the opinion of SA-news.