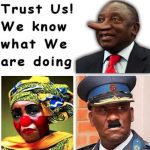 The ANC seems determined to manipulate South Africa’s COVID19 response in a way that it can profit and gain maximum benefit from it, totally ignoring scientific advice, which it asks for, simply to appear inclusive, but then in reality just dismisses. After ANC’s Minister of Health, Zweli Mkhize unwisely slammed SAMRC CEO, Professor Glenda Gray’s response to the ANC’s lockdown measures, where she labelled the ANC government’s Risk-Adjusted Strategy as “unscientific”, yet another Professor has come forward echoing her claim of unscientific practices and giving a hard hitting condemnation and exposure of the draconian lockdown measures and of the so called CCPvirus “Command Council” led by NDZ!

Professor Shabir Madhi, who is a professor in vaccine studies at WITS, echoed Dr Gray’s accusation that ANC government’s COVID19 response is unscientific and that the ANC are ignoring the scientific advise they asked for. As SA-News reported, Dr Glenda Gray, Chairman of the South African Medical Research Council, and also a MAC member, wrote in a column on News24, that the ANC government’s lockdown measures were unscientific and insane. She also stated that many of the lockdown regulations are pure thumbsuck. For instance that we can only exercise between 06:00 – 09:00, can’t buy cigarettes, can buy cold pies but not hot ones, can buy shoes but not ones with open toes etc.

Prof Shabir Madhi sat down with journalist Willemien Brummer from Netwerk24, and also condemned the ANC government’s COVID19 response and its unscientific approach to “flattening the curve”. He also pointed out that the ANC regime are disregarding advice from its own advisory body of scientists, the Ministerial Advisory Committee (MAC) for which he is Chairman.

KEY POINTS OF THE MADHI INTERVIEW:
– No lockdown can possibly stop the spread of the CCP virus. There are asymptomatic people and it is impossible to avoid coming into contact with such asymptomatic people who can still infect others or avoid touching an infected surface and get the CCP virus that way.
– The lockdown will make no difference in the total amount of people who will eventually contract the CCP virus. The lockdown can at most slow the spread initially but because no country can be locked down forever, the CCP virus will eventually spread because it will stick around for at least 2 years until we reach herd immunity, when about 60% of the population will have contracted the CCP virus.
– The government has an approach of what they don’t ask the experts on the MAC, they don’t have to know.

The government don’t ask the experts on the MAC about strategic issues, which have tremendous implications for South Africans and the economy where millions of jobs could be lost (and probably will be at the current rate we are going). For instance how long the lockdown should last or the phasing out of it, but the government only consults the MAC about some technical issues like for instance how long a repatriated person should be in quarantine for etc. This means the government makes the important decisions about the lockdown and the rules and regulations associated with them totally on its own.

Prof Madhi says he has no choice but to speak in the public domain because the government is not listening, and he feels there must be a public panel of scientists which has to make important recommendations, such as about the lockdown and make it public. If the government then deviates from scientific advice at least the public will know about it.
– The MAC was not asked advice about the ban on cigarettes and alcohol,
– The MAC was not asked about the re-opening of schools.

If the government wants to disinfect schools, that would be nonsense because the CCP virus cant possibly survive for 7 weeks on its own and schools have been closed for 7 weeks. In short there is no CCP virus in schools currently, therefore no need to disinfect.
– Children will mostly react in an asymptomatic way to the CCP virus or become only slightly sick. Only a few will have to be hospitalised, mostly those with underlying conditions.

Madhi says studies show that children can be infected with the CCP virus by adults but it happens very seldom that children will infect adults. Children will seldom be the source of CCP virus infections. That is a good reason to re-open schools.
– The real danger for women and children now is not the CCP virus but the collateral damage caused by the pause in normal care, like vaccinations.

Madhi says a recent document from UNICEF says hundreds of thousands of children will die worldwide during this time but it wont be from the CCP virus. It will be from other illnesses. Madhi says some of the collateral damage is lack of food, lack of schooling and missed vaccinations against other illnesses like measles. He says the lockdown has zero value for children.

– Prof Madhi says he did not agree from the beginning with the apocalyptic academic model of between 88,000 – 351,000 CCP virus related deaths if the government did nothing. The model was drawn up by the Centre for Epidemiological Modelling and Analysis (SACEMA) at the University of Stellenbosch. This model seems to be the one which triggered the government’s harsh lockdown.

Prof Madhi says there will be thousands of deaths and that there will be different CCP virus waves but lockdowns won’t change a thing. The number of deaths won’t be anything near the high number of CCP virus related deaths predicted by people such as the South African Actuarial Society, which predicted 48,000 people will die in 4 months from the CCP virus.

Smart measures like sanitising hands and preventing large meetings and gatherings are what is needed, not the blunt current lockdown measures.

– Prof Madhi concluded the interview by quoting George Box who said that all models are wrong but only some will have some value. But if government is going to base policy on models as if it is the absolute trut,h it will be very harmful.

Professor Shabir Madhi credentials :
– Vaccine expert. Professor in vaccine studies at the University of the Witwatersrand
– Specialist in paediatric infectious diseases
– Chairman of the public health committee of the Minister of Health’s Ministerial Advisory Committee (MAC)
– Former head of the National Institute of Communicable Diseases (NICD).
– Recipient of the Medical Research Council’s (MRC) award for lifelong achievement.
– Leader of 2 well regarded medical research units (MRC’s unit for respiratory diseases and Department of Health’s unit for diseases which can be prevented through vaccines).
– Worldclass scientist whose research saved the lives of thousands of children. 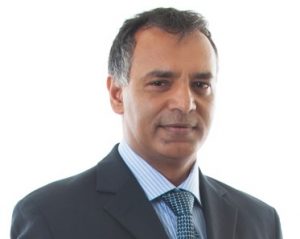